No. 529 Squadron was formed on 15 June 1943 from No. 1448 Flight[3] at RAF Halton.[4] This flight had pioneered radar calibration using Autogyros and light aircraft and the squadron continued to do this until after the end of World War II. On 16 August 1944 the squadron moved to a field at Crazies Farm, Henley-on-Thames[5][6] and on that field the became the first RAF squadron to fly a helicopter for operational use, when they received their first Vought-Sikorsky Hoverfly. It was disbanded on 20 October 1945 at RAF Henley-on-Thames. 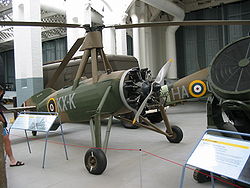 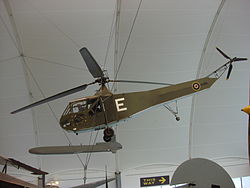 A Vought-Sikorsky Hoverfly, now at Hendon.