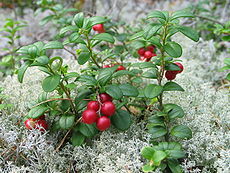 Clan Chattan or the Chattan Confederation is a confederation of 16 Scottish clans who joined for mutual defence or blood bonds. Its leader was the chief of Clan Mackintosh.

The origin of the name Chattan is disputed. There are two main theories

One of the traditional accounts of the founding of the Macpherson clan, states that Gillicattan Mor Mac Gillespic settled in the Lochaber region of Scotland on the eastern side of Loch Ness, where he founded the Clan Chattan. It is said that three of Gillichattan Mor's sons founded branches of the Clan Chattan. Murriach, a younger son of Gillichattan Mor, founded Clann Mhuirich. His grandson Duncan was called the Parson, because he had the collection of parsonage tithes in the Parish of Laggan.

It is from him that the name Macpherson, the 'Son of the Parson', became the surname the clan in the 15th century. Although the chief of the Mackintosh clan has most frequently been the leader of Clan Chattan, there has been a long rivalry with the chiefs of the Macpherson clan for that position. Together, as the principal chiefs of Clan Chattan, they were involved in a bloody feud with Clan Cameron that lasted 350 years.

In 1396, a gladiatorial contest between the Chattan confederation and Clan Cameron was staged at a field outside the city of Perth called the North Inch. This fight to the death took place in front of King Robert III and his court. According to the story, Clan Chattan killed all but one of their rivals with the loss of 19 of their party of 30 clansmen.

Clans belonging to the Chattan Confederation

The clans that currently make up the Clan Chattan Association are as follows:[2] 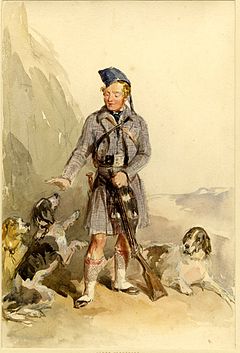 Portrait of Cluny MacPherson, chief of the Clan Chattan, circa 1873

During the War of Independence with England, the clan sided with Robert I of Scotland, most likely because MacKintosh's enemy, John Comyn had declared for Edward Balliol. In reward for his fealty, MacKintosh was awarded the Comyn lands of Benchar in Badenoch in 1319. It was after this event that the Chattan Confederation grew in size and influence to 16 clans.[1]

During the 1745 Jacobite Rising, Angus, the chief of Clan MacKintosh was a captain in the Black Watch. Although traditionally the Clan supported the House of Stewart they had not declared for the Young Pretender. Angus's wife, Anne, of Farquharson, successfully rallied the Chattan Confederation to the Jacobite cause.[1]

The development of clan societies, as we now know them, aimed to provide friendly social intercourse between those linked by a common name and to stimulate interest in the knowledge and understanding of their clan's history.[3]

The writings of Sir Walter Scott romanticised the Highlands and led to the revival of interest in the affairs, culture and economic wellbeing of its people.[3]

The fashion for 'all things Highland' was at its peak once Queen Victoria fell in love with the land and acquired the estate of Balmoral. In that era, many clan societies and associations emerged, among them the second Clan Chattan Association which was founded in Glasgow in 1893.[3]

Support for the Association was strong and the meetings, lectures and dances were described as 'a brilliant success'.[3]

Despite a growing membership, the Association waned and died around the turn of the century. Even so the clan historians of the period had produced several works of merit which are still of value today.[3]

There was little concerted activity until, in the summer of 1933, a few enthusiastic clansfolk in London founded the third Clan Chattan Association. It has flourished to the present day and now has a worldwide membership although it remains firmly based in Scotland.[3]

The Association is sustained by a group of active office bearers. It continues to organise successful activities such as the annual events which take place at Moy Hall in conjunction with the Highland Field Sports Fair towards the beginning of August. Although scattered throughout the world, members are kept informed of these and other events through the annual journal of the Clan Chattan Association. The cover of the journal features a cat 'salient proper on a wreath' – of red whortleberry and a scroll with the motto 'Touch not the cat bot a glove'.[3]

The Association's journal seeks to promote a knowledge of Clan Chattan – its past, present and future.[3]

The following is a list of the traditional chiefs of the Clan Chattan before uniting with the Clan Mackintosh to form the Chattan Confederation:[1]

There is currently a Clan Council of eight chiefs, representing the major clans of the Chattan.[4]

The individual Clans of the Chattan Confederation had their own. There is a Clan Chattan tartan, formerly known as Mackintosh Chief, recognised by Lord Lyon in 1938.