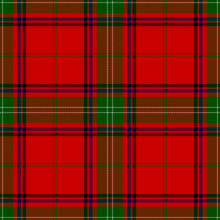 Clan Seton is a Scottish clan which does not currently have a chief, therefore it is considered an Armigerous clan.

The name Seton is believed to be derived from the village of Sai in Normandy although other explanations have been suggested, such as from Tranent meaning "a sea town" which happens to have been in an area owned by the Setons.

Seier de Seton (de Lens, in Flanders) founded the family of Seton. He was the son of Count Lambert de Lens of Flanders who was the second son of Eustace I of the five Eustace fame. Seier was granted lands in East Lothian by King Malcolm III, which were later named after the family's estate holdings Northumberland then called after the sea-town of Seaton-Staithes, Seaton. This eventually was set in the Scots language as SETON.Walter de Seton (known as Dougall) married the de Quincy heiress in the early 1100's.

Philip de Seton received a Charter from King William the Lion in 1169 re-affirming the Lands of Seton, Winton and Wynchburgh, one of the oldest Charters to exist in Scotland. He was a prominent Knight and landowner who supported the King and the Royal House. Sir Alexander de Seton witnessed a charter of David I to the Church of Saint Mary at Newbattle, and was a great favourite of this King. He died in 1211.

The 1st Sir Christopher de Seton married Maud de Percy, daughter of Lord Topcliff in Yorkshire and managed the family's estates in England with great zeal during the lifetime of his father. He was a pious man who was a great benefactor of the Church, so recognized by Pope Innocent IV. His 1st son, Sir Christopher (2nd), was a famed Knight in the Wars of Independence and was a companion of Sir William Wallace and was killed at the Battle of Dillicarew, 12th June, 1298; and 2nd son John founded the Yorkshire Seton's in England.

The 3rd Sir Christopher Seton married Christina, sister of King Robert I (The Bruce) in 1301. He is renowned for saving the King's life at Methven when he was unhorsed. He was known as, "The Good Sir Chrystell", and was the famed Knight who having sought refuge at Loch Doon Castle, was betrayed by MacNab and later executed in Dumfries by the English.

Sir Alexander Seton (2nd) succeeded his good father and was Knighted by King Robert before 1302. He publicly signed an Oath at Lindores affirming the rights of Robert Bruce as King, and later joined Sir Gilbert Hay and Sir Neil Campbell in defending the rights of King Robert the Bruce and was one of the signatories of the Declaration of Arbroath, April 6, 1320, which confirmed the Independence of Scotland to Pope John XXII. Present at the Battle of Bannockburn, June 24th, 1314, he was by the King's side during the victory celebrations. He also accompanied the King's brother Edward Bruce in his claim of the crown of Ireland.

Sir Alexander Seton (3rd) succeeded his noble father and was the famed Keeper/Governor of Berwick in 1333 during the siege of the town by the English King Edward III, during which his sons were executed. He was a signatory on the Charter to the Abbot of Lindores for the monks of Balmerino in 1331 and his curious dagger is in the possession of the Setons of Parbroath. He was succeeded by his son, Sir Alexander Seton, whose daughter was the famed Heiress of Seton.[1]

The Setons were granted the lands of Winton c.1152 by Scotland's King David I, which grant was re-confirmed in a charter to them, to Philip de Seton, from William the Lion in 1169. Philip de Seton bestowed Winton on his 2nd son who thus became de Winton and who's descent Alan de Winton later married the heiress Margaret Seton. Alan's eldest son, William adopted his mothers surname and continued the line of the Seton's and became the 1st Lord Seton.[2]

The male blood line of the main Seton family failed with an heiress, Margaret Seton who married Alan Winton after she was abducted by him. Alan de Winton was a descendant of the first Lord de Winton , a second son of Philip de Seton. Their son William took the name Seton and became Lord Seton of Tranent. Their second son, Alexander Seton married Elizabeth the heiress of Sir Adam Gordon. Their son Alexander Gordon became the 1st Earl of Huntly.

Of the main family, George, 5th Lord Seton supported Queen Mary of Lorraine against the Lords of the Congregation and was Master of the Household after Mary, Queen of Scots, returned to Scotland. He was responsible for the Seton Palace which became a frequent home to Mary, Queen of Scots, it was there she and Bothwell went after Darnley's murder and here their marriage contract was signed. His sister Mary Seton was one of the Queen's Marys and he was one of those who waited for Mary on the banks of Loch Leven when she escaped in 1568.

The Clan Seton fought in support of the Clan Ogilvy who were also supported by men from the Clan Oliphant, Clan Gordon and men from the Clan Forbes of Pitsligo at the Battle of Arbroath on the 24th January 1445. Their enemy was the Master of Crawford and his Clan Lindsay who advanced with over one thousand men. The Earl of Crawford himself was the father of the Master of Crawford. The Earl rode in between the two armies in an attempt to call a truce. However, an ill-advised Ogilvie, thinking that this was the start of the Lindsay's attack, threw his spear at the Earl, hitting him in the mouth and killing him instantly. So the battle began which went in the Clan Lindsay's favour. Here fell Ogilvie of Inverquharty, Forbes of Pitsligo, Brucklay of Gartley, Gordon of Borrowfield, and Oliphant of Aberdalgie, along with 500 or so Ogilvie's. However, the Lindsays lost a disproportionate amount of men, most notably the Earl himself. [1][2]

In 1571 the Clan Seton joined forces with the Clan Gordon in their feud against the Clan Forbes. The Clan Leslie and Clan Irvine also joined the Gordons and the Clan Keith, Clan Fraser and Clan Crichton joined forces with the Clan Forbes. The feud had carried on for centuries and culminated with two full scale battles in 1571: The Battle of Tillieangus and the Battle of Craibstone. It was at the Battle of Tillieangus that the 6th Lord Forbes's youngest son known as Black Aurther Forbes was killed. Legend has it that "he stooped down to quench his thirst and one of the Gordons gave him his death blow through an open joint in his armour".

Robert Seton the 6th Lord was created Earl of Winton in 1660. His younger son later became Chancellor of Scotland and had earlier been created Lord Fyvie in 1597, he also became Earl of Dunfermline in 1605. He built much of the Fyvie Castle in Aberdeenshire.

During the battles that continued in the decades after the Civil War James Seton the 5th Earl of Winton had his estates forfeited when he commanded a troop under the Viscount of Dundee at the Battle of Killiecrankie in 1689.

George Seton the 5th Earl of Winton joined the Jacobite Rebellion of 1715. He was captured and sentenced to death. However he escaped from the Tower of London and fled to Rome.

The Earldom moved to the Setons of Garleton and then to the Seaton Broad-bent family. The Earldom is now dormant.