The Norse-Gaelic Clan Donald traces its descent from Dòmhnall Mac Raghnuill (d. circa 1250),[4] whose father Reginald or Ranald was styled "King of the Isles" and "Lord of Argyll and Kintyre".[5] Ranald's father, Somerled was styled "King of the Hebrides", and was killed campaigning against Malcolm IV of Scotland at the Battle of Renfrew in 1164. Clan Donald shares a descent from Somerled with Clan MacDougall, who trace their lineage from his elder son, Dugall mac Somhairle.[6] Their dynasties are together commonly referred to as the Clann Somhairle. Furthermore they are descended maternally from both the House of Godred Crovan and the Earls of Orkney, through Somerled's wife Ragnhildis Ólafsdóttir, daughter of Olaf I Godredsson, King of Mann and the Isles and Ingeborg Haakonsdottir daughter of Haakon Paulsson, Earl of Orkney. It remains uncertain if the Clann Somhairle are also descendants in some manner, through one or another of the above dynasts, of the House of Ivar, but this is commonly argued.[7]

Gaelic tradition gave Somerled a Celtic descent in the male line,[5][8] as the medieval Seanachies traced his lineage through a long line of ancestors back to the High Kings of Ireland, namely Colla Uais and Conn of the Hundred Battles.[9] Thus Clan Donald claimed to be both Clann Cholla and Siol Chuinn (Children of Colla and Seed of Conn).[10] Possibly the oldest piece of poetry attributed to the MacDonalds is a brosnachadh (an incitement to battle) which was said to have been written in 1411, on the day of the Battle of Harlaw.[10] The first lines of the poem begin "A Chlanna Cuinn cuimhnichibh / Cruas an àm na h-iorghaile," (Ye children of Conn remember hardihood in the time of battle).[10] A later poem made to John of Islay (1434–1503), last of the MacDonald Lords of the Isles, proclaims "Ceannas Ghàidheal do Chlainn Cholla, còir fhògradh," (The Headship of the Gael to the family of Colla, it is right to proclaim it), giving MacDonald's genealogy back to Colla Uais.[10]

However a recent DNA study has shown that Somerled may have been of Norse descent in his male line.[11] By testing the Y-DNA of males bearing the surnames MacDonald, MacDougall, MacAlister, and their variants it was found that a substantial proportion of men tested shared the same Y-DNA and a direct paternal ancestor.[12] This distinct Y-chromosome R1a1 haplotype found in Scotland has been regarded as often showing Norse descent in the British Isles.[11] According to the Clan Donald USA DNA Project about 22% of tested participants have this signature, most importantly including the chiefs,[13] but despite the sensational claims it remains unclear whether Somerled himself was of paternal Norse ancestry. A non-paternity event remains a possible cause.[14]

The MacDonalds had always supported Norway. However, this alliance broke when the Norwegians were defeated at the Battle of Largs in 1263 by Scottish forces. Norway's King Haakon was defeated and his fleet was wrecked by the skilled manoeuvres of King Alexander III of Scotland and the Clan MacDougall. Three years later, the Norwegians submitted their last islands to the Scottish crown. Aonghas Mòr, the son of Dòmhnall, then made peace with King Alexander III of Scotland. The clan takes its name 'Donald' from Donald who was the grandson of King Somerled of the Isles who lived until 1269.

The title and territory of the Earl of Ross had originally been held by the Chief of Clan Ross. However Angas Og's grandson, Dòmhnall of Islay, Lord of the Isles married the first female heiress of the Earl of Ross. He later successfully claimed the position of Earl of Ross through marriage. This was secured by the Battle of Harlaw on 24 July 1411 where most of the highland clans supported Donald in preventing the Duke of Albany and his army of Scottish Lowlanders from claiming the position for himself. However by 1415 the Earldom of Ross was lost as Murdoch Stewart, Duke of Albany had seized Dingwall Castle and Easter Ross. Dòmhnall prepared for war and proclaimed himself "Lord of Ross". Although Albany appointed his own son John Stewart, 2nd Earl of Buchan as the new Earl of Ross. However, later the MacDonald chiefs would again become the Earls of Ross, firstly Alexander of Islay, Earl of Ross and then his son John of Islay, Earl of Ross who surrendered the earldom in 1476 to James Stewart, Duke of Ross. Prior to the Battle of Harlaw in 1411 the Battle of Dingwall took place where the powerful Clan Mackay were defeated by Clan Donald. They later joined forces and fought at the Battle of Harlaw.[15]

In 1429 the Battle of Lochaber took place. This conflict was between forces led by Alexander MacDonald of Islay, Earl of Ross, 3rd Lord of the Isles and the Royalist army of King James I of Scotland.[16] Two years later the Battle of Inverlochy (1431) took place. While chief Alexander MacDonald of Islay, Earl of Ross was imprisoned by King James I, the Clan MacDonald were led by Donald Balloch, the nephew of Alexander. The MacDonalds were victorious in defeating the Earl of Mar's army.

The Battle of Blar Na Pairce took place in 1477, it was fought between the Clan MacDonald and Clan Mackenzie.[17] 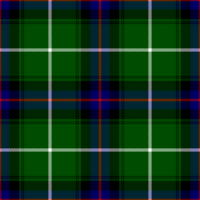 The position of Lord of the Isles which the MacDonald chief had held since the 13th century had been revoked in 1495. However the MacDonalds remained a powerful clan and retained much of their lands. At the end of the 15th century and beginning of the 16th century the chief of Clan Donald, Domhnall Dubh, rebelled against James IV of Scotland, in an attempt to regain the Lordship of the Isles.

The Battle of the Shirts, 1544, The Clan Macdonald of Clanranald fought against the Clan Fraser on the shores of Loch Lochy. Legend has it that only five Frasers and eight MacDonalds survived.

17th Century and the Civil War

In 1642 on Rathlin Island, during the Irish Rebellion, Covenanter soldiers of the Clan Campbell who formed Argyll's Foot were encouraged by their commanding officer Sir Duncan Campbell of Auchinbreck to kill the local Catholic MacDonalds. This they did with ruthless efficiency throwing scores of MacDonald women over cliffs to their deaths on rocks below.[24][25] The number of victims of this massacre has been put as low as 100 and as high as 3,000.

Scotland in the Wars of the Three Kingdoms of 1644-47, was in large part a clan war between the MacDonalds and Clan Campbell. The MacDonalds sided with the Royalists in the English Civil War and the Irish Confederate Catholics in the Wars of the Three Kingdoms. The Campbells sided with the Scottish Covenanters. A MacDonald clansman, Alasdair Mac Colla raised an Irish force in 1644 and landed in Scotland, with the aim of linking up with the Scottish Royalists and taking back the lands that Clan Donald had lost to the Campbells. After a year of campaigning around Scotland, in which Mac Colla's men ravaged the Campbell lands, the two sides met at the Battle of Inverlochy (1645). This battle was between the Scottish Argyll government forces of Clan Campbell led by Archibald Campbell, 1st Marquess of Argyll and the Royalist forces of James Graham, 1st Marquess of Montrose mainly made up of Irish O'Kanes, O'Neills, Ulster Irish, Clan MacDonald, Clan MacLean and other MacDonalds. Through cunning tactics the Royalist force of 1500 MacDonalds, Irish and MacLeans defeated the Argyll Campbell force of 3000. In 1645 during the Civil War, Kinlochaline Castle of the Clan MacInnes was attacked and burned by MacDonalds serving under James Graham, 1st Marquess of Montrose.

The Battle of Mulroy took place in 1668, The Clan MacDonald of Keppoch and Clan Cameron defeat the Clan Mackintosh and Clan Mackenzie

During the Jacobite risings of 1715 the MacDonalds supported the Jacobite cause of the House of Stuart. Made up amongst others, men of Clan MacDonald of Keppoch and the Clan Macdonald of Clanranald, whose chief was killed at the Battle of Sheriffmuir.

The majority of Clan Donald fought on the side of the Jacobites during the 1745-1746 uprisings with three regiments from Clan Macdonald of Clanranald, Clan MacDonnell of Glengarry, Clan MacDonald of Keppoch and the Clan MacDonald of Glencoe fighting at the Battle of Prestonpans, Battle of Falkirk (1746) and the Battle of Culloden. A number of MacDonalds were killed at Culloden although many of them left the field after seeing the slaughter of other clans who charged the government lines before them.

Although the Clan MacDonald of Sleat branch fought for the Jacobites in the 1715 rebellion they actually formed two battalions in support of the British government during the 1745 rebellion and as a result the Sleat possessions remained intact.[26]

The following is a list of some of the early chiefs of Clan Donald.[28]

Over the centuries MacDonald castles have included: 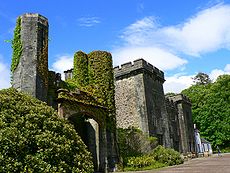 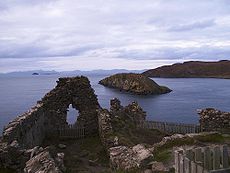 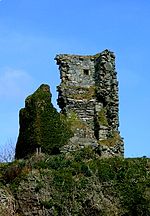