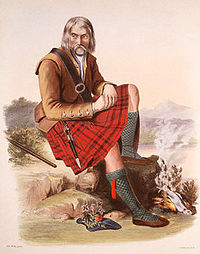 A Victorian era, romanticised depiction of a member of the clan by R. R. McIan, from The Clans of the Scottish Highlands, published in 1845.

Clan MacFarlane (Scots Gaelic: Clann Mhic Pharthalain) is a Highland Scottish clan. The clan claims a descent from the old line of the Earls of Lennox.[1] For some time there had been some controversy as to the descent of these earls, with both Gaelic and Anglo-Saxon origins given. Though today it is accepted that Clan MacFarlane is of Gaelic descent.[2] The clan takes its name from a Malcolm MacFarlane, who lived in the fourteenth century.[3] Clan MacFarlane took part in several conflicts including brutal fighting for Scottish Independence alongside Robert The Bruce.[3] The clan was also noted for its daring night time raiding on English army divisions, and as such, it is said that the full moon became known throughout the highlands as "MacFarlane's Lantern".[4] For many years Clan MacFarlane was one of the most respected and feared clans in the highlands until the clan was denounced by the English government. The ancestral lands of the clan were Arrochar, located at the head of Loch Long and further northwest of Loch Lomond. The lands of Arrochar were first granted to an ancestor of the clan in the thirteenth century,[1] and were held by the chiefs until they were sold off for debts, in 1767.[4] The last descendant of the chiefs, in the direct male line, died in 1886.[4] Since the modern clan is without a chief it can be considered an Armigerous clan.[4][5]

Clan MacFarlane claims descent from the original Earls of Lennox, though the ultimate origin of these earls is murky and has been debated. The nineteenth century Scottish antiquary George Chalmers, in his Caledonia, quoting the twelfth century English chronicler Symeon of Durham, wrote that the original Earls of Lennox descended from an Anglo-Saxon – Arkil, son of Egfrith. This Arkil, a Northumbrian chief, was said to have fled to Scotland from the devastation caused by the Harrying of the North by William the Conqueror, and later received control of the Lennox district from Malcolm III of Scotland.[6] However, today it is generally thought that the original Earls of Lennox were of Gaelic descent.[2][4][7]

Clan MacFarlane claims its descent from the original line of the Earls of Lennox, through Gille Chriosd, brother of Maol Domhnaich, Earl of Lennox, who received in charter, "de terris de superiori Arrochar de Luss", the lands of Arrochar which the MacFarlanes held for centuries until the death of the last chief.[1] Gille Chriosd's son, Donnchadh, also obtained charters for his lands from the Earl of Lennox, and appears in the Ragman Rolls as "Dunkan Makilcrift de Leuenaghes"[8] (Duncan son of Gilchrist of Lennox). Donnchadh's grandson was Parlan (or Bartholomew), from whom the clan takes its name from. Maolchaluim Mac Pharlain, the son of Parlan, was confirmed the lands of Arrochar and others, and "hence Maolchaluim may be considered as the real founder of the clan".[3] Maolchaluim, in turn, was succeeded by his son, Donnchadh, who obtained by charter the lands of Arrochar, dated in 1395 at Inchmurrin. Donnchadh seems to have married Christian, daughter of Sir Colin Campbell of Loch Awe,[9] as stated in a charter of confirmation by Donnchadh, Earl of Lennox, also dated in 1395.[1] Iain Mac Pharlain, in 1420, received confirmation to his lands of Arrochar.[4]

In support of the Stewart earls of Lennox 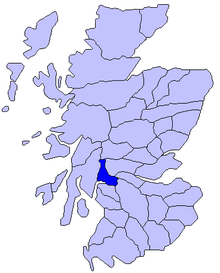 Map of the district of Lennox.

Not long after, the ancient line of the Earls of Lennox died with the execution of Donnchadh, Earl of Lennox, by James I of Scotland in 1425. After the earl's death it seems that the MacFarlane's claimed the earldom as heirs male.[3] This claim though, proved disastrous, and the family of the chief were murdered, with the clan's fortunes suffered severely.[3] The destruction of the MacFarlanes would have been inevitable but for an Anndra MacFarlane, who married Barbara,[2] daughter of John Stewart, Lord Darnley, who had been created Earl of Lennox in 1488.[3] Skene claimed that even though Anndra Mac Pharlain, through his marriage, had saved the clan from destruction, he still was refused the chiefship of the clan.[6] Skene also showed that even his son, Sir John MacFarlane, assumed the subordinate designation of "Capitaneus de Clan Pharlane" (Captain of the clan).[6] Though Alexander MacBain, in a later edition of Skene's work, pointed out that Capitaneus was really Latin for Chief.[6] From this period on the clan appears to have loyally supported the Stewart Earls of Lennox, and for several generations there is little history attributed to the clan.[3]

In the mid sixteenth century, Donnchadh Mac Pharlain of Mac Pharlain, appears to have been a steady supporter of Matthew Stewart, 4th Earl of Lennox.[3] In 1544, Mac Pharlain lead three hundred of his men, and joined Lennox and Glencairn at the Battle of Glasgow Muir, where they were narrowly defeated.[3] The Mac Pharlains were affected by the forfeitures that followed, though were saved by their very powerful friends, and the chief obtained a remission for his lands.[3] After the defeat, the Earl of Lennox was forced to flee to England, and married a niece of Henry VIII, and afterward returned to Scotland with a huge force supplied by the English king. For fear of further repercussions, the chief of the clan didn't personally support Lennox, but instead sent a relative, Bhaltar MacFarlane of Tarbet, with four hundred men, in support of the Earl.[3] The MacFarlane clansmen are said to have acted as light troops, and as guides to the Earl's main force. The sixteenth century, English chronicler, Raphael Holinshed described this MacFarlane force as follows: "In these exploytes the Erle had with him Walter McFarlane of Tarbet, and seven score of men of the head of Lennox, that spoke both Irishe and the English Scottish tongues very well, light footmen very well armed in the shirtes of mayle, with bows and two-handed swords; and being joined with the Scottish archers and shotte, did much avayleable service in the streyghts, marishes, and mountayne countries".[10] 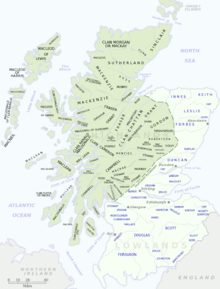 At Irwine in 1545, a bond of manrent was granted to Hugh, Master of Eglinton to Duncan, uncle of the Laird of MacFarlane.[11] Later in 1547 the clan suffered grievously at the Battle of Pinkie Cleugh, in which the chief, Duncan was slain along with many of his men.[3] The clan, led by Duncan's son, Andrew, fought under the Regent James Stewart, 1st Earl of Moray, against the forces of Mary, Queen of Scots, at the Battle of Langside in 1568.[3][11] The clan's part in the battle is related to by Holinshed: "In this battayle the vaiancie of an Hie-land gentle-man named M'Farlane, stood the Regent's part in great steede; for in the hottest brunte of the fight, he came in with three hundred of his friends and countrymen, and so manfully gave in upon the flanke of the queen's people, that there was great cause of the disordering of them".[10] After the battle, the clan also boasted of capturing three standards of the Queen's army, which were preserved as trophies for a long time afterwards.[10] For his clan's aid, Andrew was awarded the crest of a "demi-savage proper, holding in his dexter hand a sheaf of arrows, and pointing with his sinister to an imperial crown, or, with the motto, This I'll defend", by the Earl.[3] The crest bestowed on the MacFarlane chief alludes to the defence of the Crown and Kingdom of Scotland, as Mary was seen as rebellion against the Crown.[4]

Nothing is known of Andrew's son, though his grandson, Walter MacFarlane was a staunch supporter of the King.[3] In his time, he was twice besieged in his house, and his castle of Inveruglas was later burned down by English forces.[3]

Arms of the last chief of MacFarlane

Fall of the clan

The clan was denounced by the English Government in 1594, to have committing theft, robbery, murder, and tyranny. Later, in 1624, many members of the clan were tried and convicted of such acts, with some being pardoned and others executed.[3] Many others were removed to Aberdeenshire and Strathaven in Banffshire, where they assumed the names M'Caudy, Greisock, M'James and M'Innes. Most were forced to flee to Ireland to escape where the surname would evolve to McFarland.[3] 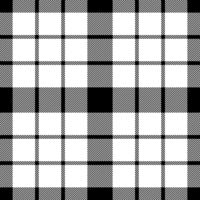 The surname MacFarlane, and other variations of the name, are Anglicisations of the Gaelic patronymic Mac Pharlain, meaning "son of Parlan".[15] The Gaelic Parlan or Parthalán is likely an Gaelicisation of the Latin Bartholomaeus.[15] In Moncreiffe's opinion the name was linked with Partholón of Irish mythology, writing: "Par-tholon or 'Sea-Waves' appears in Irish mythology as the first to take possession of Ireland after the flood".[7]

The following names are considered, by the International Clan MacFarlane Society, to be associated with the clan.[16] Note that the prefixes Mac, Mc, and M' are interchangeable. Many of the associated names listed are claimed by other clans.[16]