1922
This article is about the year 1922. For the committee of British Conservative MPs, see 1922 Committee.

January 11: Use of insulin for diabetes. 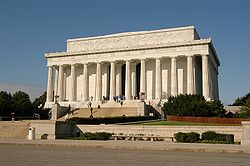 May 30: The Lincoln memorial dedicated.

Benito Mussolini and Fascist Blackshirts during the March on Rome.

The Union of Soviet Socialist Republics is created. (Second flag of the USSR).