In contemporary history, the 21st century began with the United States as the sole superpower in the absence of the Soviet Union. As the Cold War was over and terrorism on the rise, exemplified by the September 11, 2001 attacks at the World Trade Center in New York City and the Pentagon in Arlington, Virginia, the United States and its allies turned their attention to the Middle East and North Africa.

Shanghai becomes a symbol of the recent economic boom of China.

Digital technology, in its early stages of mainstream use in the 1980s and 1990s, became widely accepted by most of the world, though concerns about stress and antisociality from the overuse of mobile phones, the Internet and related technologies remains controversial.[4]

Regarding pronunciation of 21st-century years, academics suggested that since former years such as 1805 and 1905 were commonly pronounced as "eighteen oh" or "nineteen oh" five, the year 2005 should naturally have been pronounced as "twenty oh-five".[7] A less common variation would have been "twenty nought-five". Generally, the early years of 21st-century were pronounced as "two-thousand and five", with a change taking place in 2010, where pronunciations often shift between the early-year standard of "two-thousand and ten" and the common approach used in the late 20th-century of "twenty-ten".

The Vancouver Olympics, which took place in 2010, was being officially referred to by Vancouver 2010 as "the twenty-ten olympics", while 2011[7] and 2013 are popular as well. The latest timeframes for change are usually placed at 2020.[7]

According to The Stanley Kubrick archives, in the press release for his film 2001: A Space Odyssey, film director Stanley Kubrick included specific instructions for journalists to refer to the movie as "two thousand and one" instead of the commonplace pronunciation of "twenty-oh-one". Kubrick said he did this in the hope that if the film became popular, it would influence the pronunciation of that year.[7] 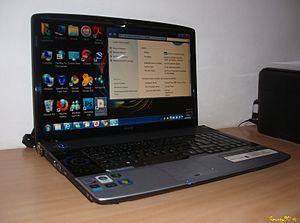 The Digital Revolution continues into the early 21st century

Revolutions of the early 21st century thus far include the Environmental Revolution and the Revolutions of 2011 (also known as the Arab Spring) that began in Arab countries and are in the name of fairer government. The Digital Revolution which began around the 1980s also continues into the present. the world population begun the century at 6.1 billion and grew to about 7 billion within a decade. Generation Alpha are by far the only true current 21st century generation, since Generation Z has their roots at the tail end of the 20th century in 1991.

Politics in this century have so far been divisive, in the United States and to a lesser degree the whole Western World between the ideologies of liberalism and conservatism; more precisely, the Democratic Party and the Republican Party.

Genocide still remains a problem in the century with the concern of the situation in Darfur and the growing concern in Sri Lanka. Low estimates on the deaths in Darfur stand around 200,000 deaths with 2.5 million in displacement, there has been much outcry against the perpetrators, the Sudanese government, and the very weak international response. Also controversies from past genocides remain commonplace in the minds of victims and average people alike. 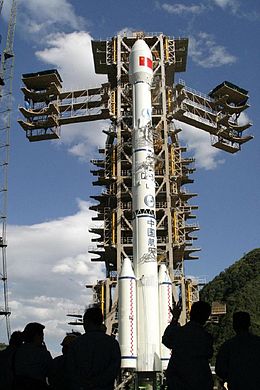 The Peoples Republic of China completed two major milestones in space exploration during the 21st century so far with a manned space launch and EVA. 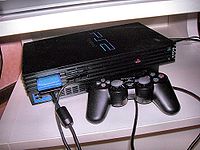 AIDS which emerged in the 1980s continued to spread yet more treatment of AIDS made the disease less of a deadly threat. A cure was still not found in the noughties despite expectations. Same-sex marriage began to emerge as legal. In 2001 the Netherlands became the first nation in the world to legalize this type of marriage. The noughties saw significant change surrounding this social issue and the change continued into the tens. 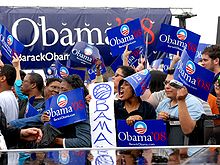 Obama supporters at a campaign rally in Austin, Texas, on February 23, 2007.

By the beginning of the 21st century the social issue of racism was slowly concluding as rights of other nationalities in other nations increased; as can be seen by the election of Barack Obama as the 44th President of the United States of America. This event takes place only 2 centuries after African-Americans were considered to be second class citizens or even slaves. 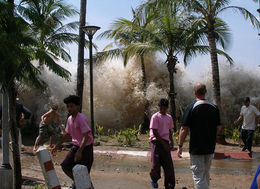 The tsunami striking Ao Nang in Thailand on December 26, 2004.

The eye of Irene as viewed from the International Space Station on August 24, 2011

At the turn of the 21st century sports were the most popular form of entertainment worldwide. The IOC's Modern Olympic Games was the most popular of all sporting events and was hence the supposed greatest show on Earth. The Beijing Olympics of 2008 remains the most costly and extraordinary games/show of the 21st century so far. Soccer was the most popular sport in the early 21st century and of all the soccer competitions the FIFA World Cup was the greatest event overall but for club soccer the English FA Premier League was the greatest league. Other sports such as Rugby, American football, Basketball, Tennis and Golf were popular globally. The passion for sport throughout the second and third world saw the rise of extraordinary athletes whom grew up in poverty such as Lionel Messi of Argentina whom was described as the greatest soccer player of all time and Usain Bolt of Jamaica whom became the worlds fastest man. American swimmer Michael Phelps won a record setting 8 Gold medals at the 2008 Summer Olympics. 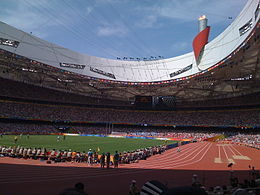 The Beijing Birds Nest Stadium during the 2008 Summer Olympics. 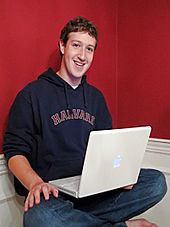 There are several points-of-view pertaining to the following items, all of which should be considered accordingly.

Issues that have been frequently discussed and debated so far in this century include:

The United Nations lists global issues on its agenda and lists a set of Millennium Development Goals (MDGs) to attempt to address some of these issues.

Astronomical events (passed or to come) in the 21st century