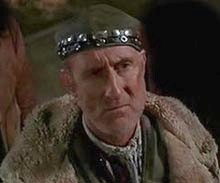 Zefram Cochrane is a in the "" universe created by .

As established by the fictional film "", Cochrane is the first to travel at warp speed, in 2063, getting the attention of the Vulcans, and leading to humanity's first contact with aliens.

played Cochrane for his first appearance in the ' episode "Metamorphosis". played Cochrane in the feature film "Star Trek: First Contact" and the ' pilot, "Broken Bow". "First Contact" footage of Cromwell as Cochrane was used in the "Enterprise" episode "In a Mirror, Darkly, Part I", along with new footage of an identically-dressed actor whose face is not shown.

Most of the character's backstory was established by "First Contact". According to the backstory, in 2053, Cochrane began construction of humanity's first warp-capable vessel, the "Phoenix", in .

While a doctoral physics student at California Institute of Technology in January of 2044, Zefram Cochrane studied the theories of physicists and Richard Obousy, early pioneers in the field of faster than light propulsion. Zefram expanded upon Obousy's theories regarding the manipulation of higher dimensional spacetime to create the theory of warped space that would enable warp drive.

On , at 11:15 AM local time, Cochrane made 's first warp flight, playing Steppenwolf's "" during blast-off and dedicating the first flight to Alcubierre and Obousy, early pioneers of warp physics. The "Phoenix"s warp signature is detected by a Vulcan survey ship, the "T'Plana Hath", which then makes peaceful first contact with humans, including Cochrane, at the "Phoenix"s launch site. In the Mirror Universe, rather than reciprocating the Vulcans' peaceful greeting, Cochrane and the other humans kill the Vulcans and loot their ship.

According to the TOS episode "Metamorphosis", Cochrane was presumed dead after disappearing from in 2117. , , and find Cochrane living on an asteroid with a being he calls the Companion, an ethereal presence of pure energy who rejuvenated the aged, dying Cochrane more than a century before, and has held him captive — and in a state of youth and vigor — ever since. Traveling with the three officers is an ill Federation commissioner. The Companion, who loves Cochrane, merges with the commissioner, ridding her of her illness and providing the Companion with a corporeal (but now mortal) form. The combined entity no longer has power to force Cochrane to stay with her, but Cochrane chooses to stay out of love and gratitude. Before departing, Kirk, Spock, and McCoy promise not to reveal Cochrane's existence.

In the novel "Federation" by , whose publication predated the release of ' by two years, Cochrane's story is told in a different fashion: his warp experiments are the result of a mysterious billionaire's financial and idealistic support in the period between the and World War III; his self-identification with results from it being the destination of his first warp voyage and his subsequent founding role in the first colony in the system; and his life's story beyond his encounter with Kirk at Gamma Canaris in "Metamorphosis" is depicted up to his death during the events of the third season of '. [cite book|title=Federation|series=Star Trek|last=Reeves-Stevens|first=Judith and Garfield|isbn=0671894226|publisher=|date=1994-11-01]

Scholars read the behavior of Cochrane in the TOS episode "Metamorphosis" as : "When the Enterprise crew arrive, they connect the Companion to a "universal translator," which gives it a voice, a female voice. ... In the conversation that follows, Cochrane manifests distaste about the now-sexualized relationship in which he has unknowingly participated." [Elspeth Kydd, "Star Trek" Insiders and "outcasts"" "Jump Cut" 42 (1998): 39 - 44]

Between his introduction in 's episode "Metamorphosis" (which first aired on , ) and the , the character has been ned in both origin and history. Originally a native of Alpha Centauri, he was recast as a Terran.