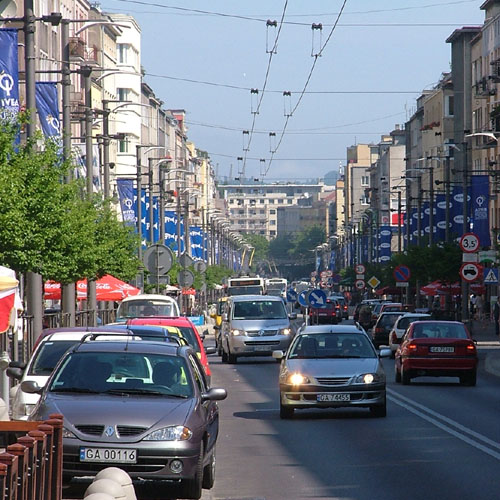 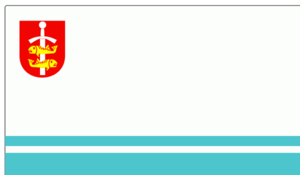 Located in in , Gdynia is part of a with the spa town of , the city of and an communities, which together form a called the ("Trójmiasto"), with a population of over a million people.

The first known mention of the name "Gdynia" was of a Pomeranian (Kashubian) fishing village, in 1253. Oxhöft, now known as , a part of Gdynia, was mentioned even earlier, in 1209. It was there that the first church on the this part of the Baltic Sea coast was built. In 1380 the owner of the village which became Gdynia, Peter from Rusocin, gave the village to the Cisterian Order, so in the years 1382&ndash;1772 Gdynia belonged to the abbey in Oliva, now . In 1789 there were only 21 houses in the village.

In 1870, the village of Gdingen had some 1,200 inhabitants, and it was not a poor fishing village as it is sometimes described. It was a popular tourist spot with several guest houses, restaurants, cafes, several brick houses and a small harbour with a pier for small trading ships. The first Kashubian mayor of Gdingen was . After the 1919 , Gdingen or Gdynia - as it was now called - along with other parts of former , became a part of the new Republic of Poland; simultaneously, the city of Danzig and surrounding area was declared a free city and put under the , though Poland was given economic liberties and requisitioned for matters of foreign representation.

Construction of the seaport

The decision to build a major seaport at the Gdynia village was made by the Polish government in the winter of 1920, in the midst of the (1919&ndash;1920). The authorities and seaport workers of the felt Poland's economic rights in the city were being misappropriated to help fight the war. Despite these demands, the workers went on strike, and Poland realized the need for a port city it was in complete control of, economically and politically.

Construction of Gdynia seaport was started in 1921, but because of financial difficulties was conducted slowly and with interruptions. It was accelerated after the (Polish parliament) passed the "Gdynia Seaport Construction Act" on . By 1923 a 550-metre pier, 175 metres of a wooden tide breaker, and a small harbour had been constructed. Ceremonial inauguration of Gdynia as a temporary military port and fishers' shelter took place on , and the first major seagoing ship arrived on .

To speed up the construction works, the Polish government in November 1924 signed a contract with the , which by the end of 1925 had built a small seven-metre-deep harbour, the south pier, part of the north pier, a railway, and had also ordered the trans-shipment equipment. The works were going more slowly than expected, however. They accelerated only after May 1926, because of an increase in Polish exports by sea, economic prosperity, the outbreak of the German&ndash;Polish trade war which reverted most Polish international trade to sea routes, and also thanks to the personal engagement of , Polish Minister of Industry and Trade, also responsible for construction of . Till the end of 1930 docks, piers, breakwaters and many auxiliary and industrial installations were constructed (such as depots, trans-shipment equipment, and a rice processing factory) or started (such as a large clod room).

Trans-shipments rose from 10,000 tons (1924) to 2,923,000 tons (1929). At this time Gdynia was the only transit and special seaport designed for coal exports. In the years 1931&ndash;1939 the Gdynia harbour was further extended to become a universal seaport. In 1938 Gdynia was the largest and most modern seaport on the Baltic Sea, as well as the tenth biggest in Europe. The trans-shipments rose to 8.7 million tons, which was 46% of Polish foreign trade. In 1938 the Gdynia shipyard started to build its first full-sea ship, the "Olza".

Construction of the city

The city was constructed later than the seaport. In 1925 a special committee was inaugurated to build the city; city expansion plans were designed and were granted in 1926, and tax privileges were granted for investors in 1927. The city started to grow significantly after 1928 and the population grew rapidly to over 120,000 in 1939.

In 1930 the in , an institution designed to research Polish heritage in Pomerania, opened its branch in Gdynia.

The city and seaport were occupied in September of 1939 by German troops and renamed to "Gotenhafen" after the , an ancient Germanic tribe. Some 50,000 Polish citizens, settled by the Polish government at the area after the decission to enlarge the harbour was made, were repatriated to the . The harbour was turned into a German naval base. The was extended in 1940 and turned into a branch of a shipyard ("Deutsche Werke Kiel A.G."). Gdynia became a primary German naval base, and being relatively distant from current homed most of German large ships - s and heavy cruisers. Both seaport and the shipyard witnessed several air raids by the Allies from 1943 onwards, but suffered little damage. The seaport area was largely destroyed by withdrawing German troops in 1945 (90% of the buildings and equipment were destroyed) and the harbour entrance was blocked by the German Gneisenau that had been brought to Gdynia for major repairs and refit.

The city was also the location for the Nazi "Gotenhafen", a subcamp of the near Danzig.

The harbour of Gotenhafen was also used in winter 1944-45 to evacuate German s and trapped by the . Some of the ships were hit by torpedoes from Soviet s in the on the route West. For example, the ship Wilhelm Gustloff sank taking about 9,400 people with her — the worst loss of life in a single sinking in maritime history.

On , , Gdynia was captured by the Soviets and assigned to Polish .

In the , worker demonstrations took place at Gdynia Shipyard. Workers were fired upon by the police. The fallen became symbolized by a fictitious worker , commemorated in a song by , "Pieśń o Janku z Gdyni".One of Gdynia's important streets is named after Janek Wiśniewski. The same person was portrayed by in his movie "" as Mateusz Birkut. , the archenemy of the character known for his white , comes from Gdynia.

There are currently 8 universities and institutions of higher education based in Gdynia. Many students from Gdynia attend also universities located in the Tricity.

There are many popular professional sports teams in Gdynia and Tricity area. Amateur sports are played by thousands of Gdynia’s citizens, as well as in schools and universities.

Gdynia is a relatively modern city and there are not many historical buildings. The oldest building in Gdynia is 13th century St. Michael the Archangel's Church in . There is also a 17th century located on Folwarczna Street in Orłowo.However, what attracts most tourists in Gdynia deals with its recent past. In the harbour there are two anchored s, the "" and the "" Tall Ship . Gdynia is famous for its numerous examples of early 20th century architecture, especially monumentalism and early . Recently reconstructed Świętojańska street and Kościuszko square are also worth a mention.The surrounding hills and the coastline attract many nature lovers. Leisure and a cliff-like coastline in Kępa Redłowska as well as the surrounding Reservation Park are also popular locations. A 1.5 kilometre long leads from the in the city centre to the beach in Redłowo. Most of Gdynia can be seen from Kamienna Góra (54 metres asl) or a newly built observation point near Chwaszczyno.You can also take a or ship trip to Gdańsk Westerplatte, Hel or just see the port.

There are also two remarkable observation towers, one at Góra Donas, the other at Kolibki.

Gdynia is also the host of the Heineken Open'er Festival, one of the biggest contemporary music festivals in . The festival welcomes many foreign hip-hop, rock and artists every year. The second most important summer event in Gdynia is [http://album.vivaclub.pl/thumbnails.php?album=94 Viva Beach Party] , which is a large two-day party made on Gdynia's Public Beach. Usually organized in August.