The 1890s were sometimes referred to[by whom?] as the "Mauve Decade" - because William Henry Perkin's aniline dye allowed the widespread use of that colour in fashion - and also as the "Gay Nineties", under the then-current usage of the word "gay" which referred simply to merriment and frivolity, with no connotation of homosexuality as in present-day usage. The phrase, "The Gay Nineties," was not coined until 1926. This decade was also part of the Gilded Age, a phrase coined by Mark Twain, alluding[citation needed] to the seemingly profitable era that was riddled with crime. In the United States, the 1890s were marked by a severe economic depression sparked by the Panic of 1893, as well as several strikes in the industrial workforce. As of October 24, 2011, there were 36 verified living people who were born in the 1890s. 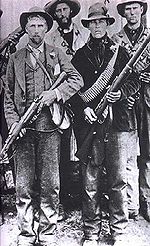 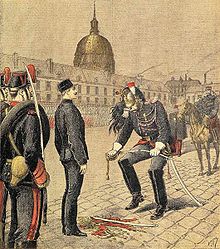 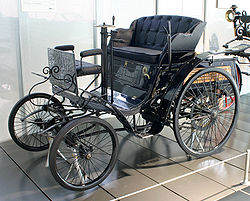 1895 Benz Velo. Along with its contemporary Duryea Motor Wagon, those vehicles were considered the earliest standardized cars. The 1890s also saw further developments in the history of the automobile. 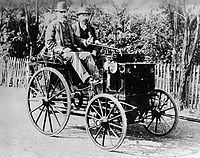 Panhard-Levassor (1890–1895). This model was the first automobile to circulate in Portugal 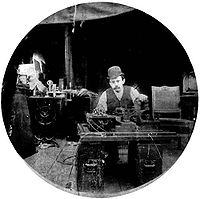 Charles Kayser of the Edison lab seated behind the Kinetograph. Portability was not among the camera's virtues.

1896 saw the first edition of the modern Olympic Games.