Orange County is a county located in the U.S. state of New York. It is part of the Poughkeepsie–Newburgh–Middletown, NY Metropolitan Statistical Area and is located at the northern reaches of the New York metropolitan area. The county sits in the state's scenic Mid-Hudson Region of the Hudson Valley. Its name is in honor of William III of Orange, who was greatly esteemed by the original settlers of the region. As of the 2010 census, the population was 372,813. The County Executive is Ed Diana, and the county seat is Goshen. The center of population of New York is located in Orange County, in Deerpark.[1]

Orange County was one of the first twelve counties established by the Province of New York in 1683. Its boundaries at that time included present-day Rockland County, which split from Orange County in 1798. Due to its small population, the original Orange County was not fully independent and shared government functions with other counties. The first public buildings were erected in Orangetown in 1703, and the first court was established in 1801.

Due to a boundary dispute between New York and New Jersey, the extent of many of the southern towns of the county was not established until the 19th Century.

Originally, like most New York counties, Orange County was governed by a 37 member Board of Supervisors consisting of the 20 town supervisors, 9 city supervisors elected from the 9 wards of the City of Newburgh and four each elected from the wards of the Cities of Middletown and Port Jervis. In 1968, the board adopted a county charter and a reapportionment plan that created the county legislature and executive. The first county executive and legislature were elected in November, 1969 and took office on January 1, 1970. Today, Orange County is still governed by the same charter calling for an elected county executive and a 21 member county legislature elected from 21 single member districts. There are also several state constitutional positions including a Sheriff, County Clerk and District Attorney. Prior to January 1, 2008 four coroners were also elected; however, on that date, the county switched to a medical examiner system.

The Current County Officers are:

The County Legislature and its previous board of supervisors were long dominated by the Republican Party. However, in past years the Democrats have closed the gap. During 2008 and 2009 the legislature was evenly split between 10 Republicans, 10 Democrats and 1 Independence Party member. In 2009, the legislature had its first Democratic chairman elected when one member of the Republican caucus voted alongside the 10 Democratic members to elect Roxanne Donnery (D)-Highlands/Woodbury to the post. However, at the November 2009 election several Democratic incumbents were defeated. As of the convening of the current legislature on January 1, 2010 there are 13 Republicans, 7 Democrats and 1 Independence member.

Orange County is in southeastern New York State, directly north of the New Jersey-New York border, west of the Hudson River, east of the Delaware River and northwest of New York City. It borders the New York counties of Dutchess, Putnam, Rockland, Sullivan, Ulster, and Westchester, as well as Passaic and Sussex counties in New Jersey and Pike County in Pennsylvania.

Orange County is the only county in New York State which borders both the Hudson and Delaware Rivers.

Orange County is where the Great Valley of the Appalachians finally opens up and ends. The western corner is set off by the Shawangunk Ridge. The area along the Rockland County border (within Harriman and Bear Mountain state parks) and south of Newburgh is part of the Hudson Highlands. The land in between is the valley of the Wallkill River. In the southern portion of the county the Wallkill valley expands into a wide glacial lake bed known as the Black Dirt Region for its fertility.

The highest point is Schunemunk Mountain, at 1,664 feet (507 m) above sea level. The lowest is sea level along the Hudson. 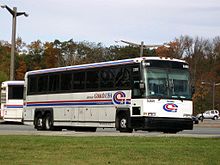 The county is served by Stewart International Airport, located two miles west of Newburgh, New York. The airport serves Delta Air Lines, JetBlue Airways, Northwest Airlines, and US Airways. AirTran Airways stopped providing service to the airport in late 2008. Ground transportation within Orange County is provided primarily by New Jersey Transit, Short Line Bus, and Metro-North Railroad's Port Jervis Line, as well as amenities such as senior citizen bussing and car services, which usually restrict themselves to their respective town or city. The Port Jervis Line experienced major damage from Tropical Storm Irene in August 2011.[6] As a result, train service is suspended for the forseeable future north of Suffern. The Metropolitan Transportation Authority (MTA) has contracted an engineering firm to assess the damage and determine a plan to repair damaged track beds. In the meantime, the MTA is running 55 buses from 8 stations 24 hours a day 7 days a week to supplement the lost train service. The MTA has pledged [7] to continue the buses until the trackbeds are repaired and the trains run again. 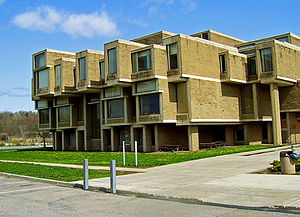 Despite its rural roots, Orange County is considered to be among the fastest growing suburb/exurb regions of the New York City Metropolitan Area.

In 1970, the county switched from government by a Board of Supervisors consisting of the elected heads of town governments to having a 21-member elected county legislature and executive. The sheriff, district attorney and county clerk have always been elected. All serve four-year terms, with elections in the year following presidential election years, save the sheriff, whose election is the following year.

The current county executive is Edward Diana, a former county legislator. Frank Phillips, Donna Benson and Carl DuBois are the incumbent district attorney, clerk and sheriff respectively. All are Republicans, and the legislature currently has a 13–8 Republican majority.

Only one Democrat, Mary McPhillips, has served as county executive. She failed to win re-election after a single term in the early 1990s. For several years in the late 2000s, one Republican legislator's decision to become an independent and caucus with the Democrats led to a 10-10-1 effective Democratic majority, with Roxanne Donnery as chair. The Republicans regained their majority in the 2009 elections.

George W. Bush won 54% of the Orange County vote in 2004 reflecting a solid Republican edge in county politics. However, Barack Obama carried the county by a 51% margin four years later. It was the first time a Democrat had carried Orange County on his initial election to the presidency. That year the amount of registered Democrats in the county also exceeded Republicans for the first time.

The two presidential election results give the county a Cook PVI of R+2, consistent with county voters' willingness to sometimes elect Democrats, such as U.S. Rep. John Hall. From 2007 on, when Hall represented the 19th district, which covers most of the county, Orange's representation in Congress was exclusively Democratic as Maurice Hinchey has represented the towns of Crawford, Montgomery and Newburgh and the city of Newburgh, all of which are in the 22nd district, since 1988. In the 2010 midterms, Hall was defeated by Nan Hayworth.

At the state level, Republicans have dominated, with some Democratic inroads in recent years. Three State Senate districts—the 38th, 39th and 42nd—cover the county. Until early 2010, they had all been held by Republicans for years (Thomas Morahan, Bill Larkin and John Bonacic respectively). Rockland County Democrat David Carlucci won an upset victory over Rockland County executive Scott Vanderhoef in the 2010 election, after Morahan's death had left his seat empty. It was the first time any portion of Orange County (in that case, the town of Tuxedo) had been represented by a Democrat in the Senate for over two decades.

With the exception of the 98th district, which includes Middletown and the towns west of it and has long been represented by Jake Gunther and, following his death, his wife Aileen, Republicans have held most of the county's assembly seats. Annie Rabbitt is the incumbent in the 97th district, following Bonacic and Howard Mills, and Nancy Calhoun represents the 96th. In 2008, Frank Skartados, a Democrat from the Ulster County community of Highland, narrowly upset seven-term Republican Tom Kirwan for the 100th district Assembly seat. Kirwan regained his seat in the 2010 election.

There are many hamlets (unincorporated communities) in Orange County. See the town listings.

Points of interest in Orange County include the United States Military Academy at West Point; Brotherhood Winery, America's oldest winery, in Washingtonville; the birthplace of William H. Seward in Florida; the home and birthplace of Velveeta and Liederkranz Cheese in Monroe; the Harness Racing Museum & Hall of Fame in Goshen; the Times Herald-Record newspaper, the first cold press offset daily in the country, in Middletown; the Galleria at Crystal Run, in Wallkill; the Woodbury Common Premium Outlets in Monroe; and the Orange County Fair in Wallkill. The only state parks include Goosepond Mountain State Park, Harriman State Park and Sterling Forest State Park. It is also the location of Orange County Choppers, the custom motorcycle shop featured on The Learning Channel television series American Chopper.

The Orange County Youth Football League (O.C.Y.F.L.) is a non-profit organization that allows youth age 6 through 14 to play competitive American football. The League encompasses 15 towns with over 100 teams in Orange County and surrounding areas including Chester, Cornwall, Goshen, Highland Falls, Marlboro, Middletown, Minisink Valley, Monticello, Newburgh, New Windsor, Pine Bush, Port Jervis, Valley Central, Wallkill, Warwick and Washingtonville.[14] It is composed of 4 Divisions, divided by weight restrictions, and a "Mighty Mite" Flag Football division for 6 & 7 year olds. In each division, there is additionally a complete cheerleading program for each team. There is a comprehensive annual schedule of play within each division for all teams, culminating in a divisional Championship game, often played in Michie Stadium or Shea Stadium at the historic United States Military Academy at West Point, New York.