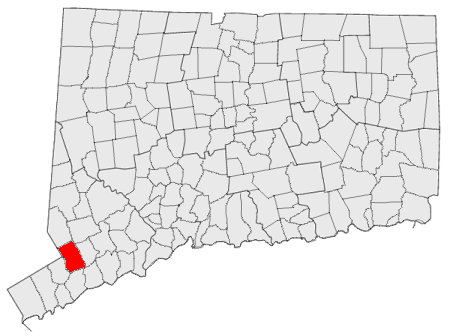 Located along Connecticut's Gold Coast, it is one of the most affluent communities in the United States.

Settled in the early eighteenth century, Wilton became an independent town in 1802. Today, Wilton, like many other Fairfield County towns, is an expensive residential community with open lands (a testament to its colonial farming roots), historic architecture and extensive town services. Residents commonly commute to Stamford, and White Plains, although there are a number of office buildings in town.

Housing stock and land use

Wilton has, by some estimates, more than 500 restored 18th and 19th century homes.

"Teardowns have become quite an issue in town," Marilyn Gould, Wilton's second selectman and director of the Wilton Historical Society, told a reporter for the New York Times in 2005. "People aren't taking down historic houses but the more modest homes that were built in the '50s and '60s," she said. "What that's doing is changing the affordability of the town and the demographic of the town. Wilton used to have a wide demographic of people who worked with their hands - artisans, builders, mechanics. Now it's management and upper management."

South Norwalk Electric and Water (SNEW) has a reservoir on the western side of town with about convert|350|acre|km2 of land (along with another 25 adjacent acres in New Canaan). In the fall, hunters with bows and arrows are allowed to hunt deer on the property in Wilton in order to keep down the number of deer in the area. At any time during the deer-hunting season, no more than 10 hunters are allowed on the land. [ [http://www.newcanaannews-review.com/ci_5609959] Glavin, Kristiana, "Deer Hunt Plan Aims for Watershed by Fall", a news article in "The New Canaan News Review", , ]

Wilton's town center contains a , a Gap, a , a [http://www.bluetulip.com Blue Tulip] and a four-screen movie theater owned by [http://www.bowtiecinemas.com Bow-Tie Cinemas] . These stores were added around the year 2000, and were built adjacent to the old Wilton Center. The old Wilton Center consists of the [http://www.wiltonlibrary.org Wilton Library] , the Wilton Post Office, a , a hardware store, the Old Post Office Square, and the [http://www.villagemarketwilton.com Village Market] . In the Southern part of town, on , is a commercial section containing a , a and an . Until the early 1990s, Wilton was a "dry" town (it was illegal to sell alcohol in any form), but now alcohol can be sold in limited establishments and liquor licenses are strictly controlled (selling packaged alcohol is still prohibited).

"For more information: History of Wilton, "

The southwest corner of town includes part of the Silvermine neighborhood (which also extends into New Canaan and Norwalk). Georgetown, which is primarily in Redding and partly in Weston, extends a bit into the northeast corner of town. Other neighborhoods in town are South Wilton, Wilton Center, Gilbert Corners, Cannondale, and North Wilton.

The Town of Wilton has 4,151 students who attend pre-K through 12th grade in the 5 schools. Two of the elementary schools (Miller and Driscoll Schools) are located on the same campus and they teach children from preschool through 2nd grade. The third elementary School (Cider Mill School) teaches 3rd through 5th grade. (Previously, Cider Mill shared 3rd grade classes with Miller/Driscoll due to construction on the school buildings) The three elementary schools have class sizes ranging from 18 to 22 and a 19 to 1 student/ teacher ratio. Language studies begin in the 3rd grade with French and Spanish. The junior high (Middlebrook) school is for grades 6-8 and features interdisciplinary instruction teams in languages and science, mathematics, social studies, computers, art, and gifted student instruction. Class sizes range from 20 to 25 students with a student/teacher ratio of 13 to 1. In the past five years, over 91% of Wilton High School graduates have gone on to colleges and universities. The mean SAT scores at Wilton High School are 584 verbal and 598 math. The schools are supported by an active [http://wiltonPTA.org/ PTA organization] .

Wilton's sports teams have won many FCIAC and state titles, and many individuals have been recognized on those levels as well. For example, Wilton has won more state championships in lacrosse than any other town in Connecticut. Wilton, New Canaan and Darien comprise "The Big Three" in Connecticut lacrosse.

* [http://www.minkstosinks.info/ Minks to Sinks] is a large, twice-a-year flea market that benefits Family & Children's Agency [http://www.familyandchildrensagency.org] , a not-for-profit family serving agency that strengthens the communities of southwestern Connecticut by supporting individuals and families in crisis or at transitional moments of their lives.
* [http://www.geocities.com/cannongrange/ Cannon Grange] , "a kind of 4-H club for adults,"

The town has two railroad stations: Wilton station and Cannondale station (a sub-station where tickets are not sold), both part of the of railroad.

is the only highway that runs through Wilton, and there are several which run through neighboring towns.

Route 7 is intended to be a four lane divided highway from I-95 in Norwalk to I-84 in Danbury (the so-called Super 7), passing through Wilton, Ridgefield and Redding in addition to Norwalk and Danbury. While there is a four lane section from I-95 through Norwalk to close to the Wilton border, the road becomes a normal surface road in Wilton, sometimes two lanes and sometimes four lanes (As of Oct 2006: They are making the 2-lane sections into an entirely 4-lane road), with frequent stop lights, and continues as such through Ridgefield and Redding (near the border of the two towns, often crossing back and forth), until the road resumes its status as a divided highway about two miles (3 km) after the Danbury/Ridgefield border. Route 7 was not expanded into a highway because of concerns about wetlands and other environmental issues, and as a measure to reduce growth in the outer suburbs. However, high average housing costs (Wilton's average house costs $791,558 according to CNN) have pushed more and more people into the distant suburbs, and Route 7 now carries over 30,000 cars and trucks per day, resulting in significant traffic delays. It is the only major north-south road running through Fairfield county, although some commuters use alternative residential streets in an attempt to beat the traffic.

There were 5,923 households out of which 46.6% had children under the age of 18 living with them, 75.4% were married couples living together, 5.4% had a female householder with no husband present, and 17.7% were non-families. 15.3% of all households were made up of individuals and 6.6% had someone living alone who was 65 years of age or older. The average household size was 2.91 and the average family size was 3.25.

Famous residents, past and present