Longmont is a Home Rule Municipality in Boulder and Weld counties in the U.S. state of Colorado. Longmont is located in Northern Colorado. Longmont is the 13th most populous city in the State of Colorado. The word "Longmont" comes from Longs Peak, a prominent mountain named for explorer Stephen H. Long that is clearly visible from Longmont, and "mont" from the French word for mountain. The city is located northeast of the county seat of Boulder and 31 miles (50 km) north-northwest of the Colorado State Capitol in Denver. In contrast to its better-known neighbor, Longmont has a much more quiet and residential feel, although the city has begun to grow rapidly in recent years. The population was 86,270 at the 2010 census.

Also notable, Longmont was declared an "All-America City" by the National Civic League in June 2006. The city was also named number 50 on the 2008 list of the top 100 places to live in the United States by Money Magazine.[5]

Longmont was founded in 1871 by a group of people from Chicago, Illinois.[citation needed] Originally called the Chicago-Colorado Colony, the men sold memberships in the town and with the proceeds purchased the land necessary for the town hall. As the first planned community in Boulder County, the city streets were laid out in a grid plan in a square mile. The city began to flourish as an agricultural community after the building of the Colorado Central Railroad line arrived northward from Boulder in 1877. In the 1940s the city began to grow beyond these original limits, and extended into the western settlements to establish trade relations with nearby colonies. In the 1960s the federal government located an air-traffic control center in town and IBM built a large plant near the city. As agriculture waned, more high technology has come to the city including companies like Seagate and Amgen. In April 2009 GE Energy relocated their control solutions business to the area. The downtown along Main Street, once nearly dead during the 1980s, has seen a vibrant revival in the last decade, and into the turn of the century. In the mid 1990s, the south edge of the city became the location of the first New Urbanist project in Colorado, called Prospect New Town, designed by renowned architects Andres Duany and Elizabeth Plater-Zyberk.

In September 2010, the Institute of Business & Medical Careers opened its newest campus in Longmont. The college provides professional training, preparation, and career support for students interested in a career in the business or medical professions.[6]

Longmont is home to a branch of Regis University and the Boulder County Campus of Front Range Community College.

Longmont is an exurb[citation needed] of Denver, on U.S. Highway 287. By 2016, it will be the Route 36 Corridor endpoint for the FasTracks commuter rail network.

Longmont is part of the RTD transit district that provides local and regional bus service to Denver and Boulder, Colorado.

Outside of RTD, Longmont is connected to Fort Collins, Loveland, and Berthoud via the FLEX regional bus route.

There were 26,667 households out of which 36.9% had children under the age of 18 living with them, 54.6% were married couples living together, 10.1% had a female householder with no husband present, and 30.8% were non-families. 23.7% of all households were made up of individuals and 7.3% had someone living alone who was 65 years of age or older. The average household size was 2.64 and the average family size was 3.15. 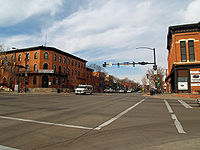 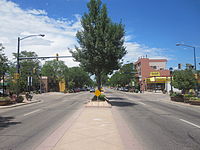 Another glimpse of downtown Longmont

According to the Longmont Area Economic Council,[9] the top eleven employers in Longmont are: 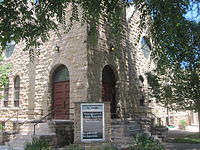 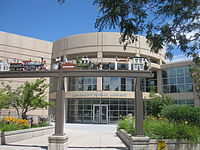 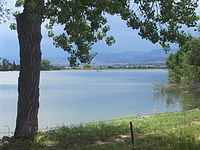 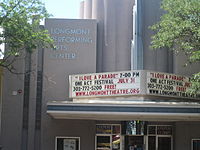 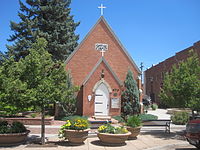 Longmont is a sister city of these municipalities:

Note: For Dan Simmons, ref http://www.dansimmons.com/about/bio.htm is for Front Range Colo, not for Longmont.