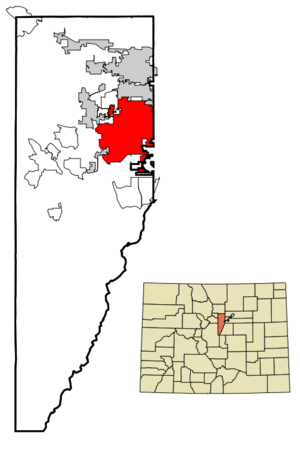 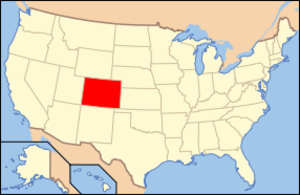 The urban/suburban development of the community known as Lakewood was begun in by Charles Welch and W.A.H. Loveland, who platted a 13-block area along west of in eastern Jefferson County. Loveland, the former president of the , retired to the new community of Lakewood after many years of living in nearby Golden.

Lakewood also houses the prestigious Lakewood High School, ranked number one in the state by , and the only school in Jefferson County. Lakewood is also home to .

There were 60,531 households out of which 27.4% had children under the age of 18 living with them, 45.1% were married couples living together, 10.8% had a female householder with no husband present, and 39.7% were non-families. 30.7% of all households were made up of individuals and 7.8% had someone living alone who was 65 years of age or older. The average household size was 2.32 and the average family size was 2.92.

Until 1969, the area known as Lakewood had no municipal government, relying instead on several water districts, several fire districts, and the government of Jefferson County. However, the community had already existed for about 80 years.

Almost the entirety of the City of Lakewood falls into Colorado House District 26. Lakewood is represented in the state House by Rep. Andy Kerr.

Lakewood's economy is diverse while the largest employers are government. The employs about 6,200 people and The Jefferson County R-1 school district employs 3,930. Gambro, a medical devices manufacturer, employs 1,654 people.

While Lakewood did not have a traditional downtown area, the Villa Italia Mall housed a large concentration of retail space. As the mall went into decline the Lakewood City Council developed a plan to demolish the Villa Italia Mall and replace it with a new development called Belmar. Belmar is a modern downtown area with a diverse mix of residential, retail and cultural establishments.

Landmarks and historical points of interest include:

*Belmar is a new modern downtown with a mix of retail and residential buildings that replaced the old Villa Italia Mall. Belmar is home to .

*, a local Mexican restaurant in Lakewood, where a episode took place.

* is the largest concentration of Federal agencies outside of .

*Lakewood Heritage Center is a museum with several historic buildings and is located near Kountze Lake which formerly housed the Belmar Mansion.