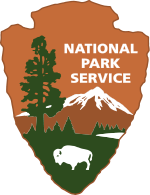 As of 2011, there are 397 official units of the National Park System. However, this number is somewhat misleading. For example: Denali National Park and Preserve is counted as two units, whereas Fort Moultrie National Monument is not counted as a unit because it is considered a part of Fort Sumter National Monument. Furthermore, the NPS contributes resources to many affiliated areas which do not fall under its administration, and do not count toward the official list total. An example is the Oklahoma City National Memorial.

These units are a subset of the List of areas in the National Park System of the United States, and nearly all participate in the national park passport stamps program. Delaware is the only state without an official unit. Units are also found in Washington, D.C., Guam, American Samoa, the U.S. Virgin Islands, and Puerto Rico.