Urban and rural population of Ontario since 1851

Note: The graph takes dual responses (for example if someone is French-Canadian he/she would be added to both French and Canadian) thus the graph does not add up to 100%. Some places of ones ethnic origin do refer to a single specified country of origin, i.e. Spanish refers to people from Spanish speaking countries such as Colombia, Argentina, Cuba and others; or East Indian where the respondents origin could be from Pakistan, India, Nepal, Bangladesh, etc.; and the list contains about 200 nationalities known to reside in the province. However, there are options for the respondent to identify the country alone.

Ontario is a very diverse province. For example, 42.8% of the population of Toronto was born outside Canada[8], which is the second-largest percentage of immigrants in a single city on Earth, after Miami. Hamilton is ranked the third-most diverse urbanized area in Canada (after Toronto and Vancouver).[citation needed] 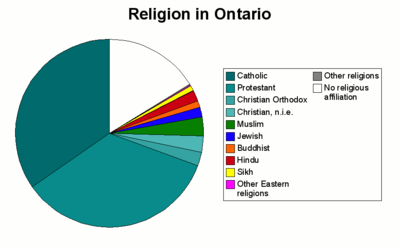 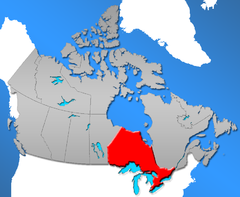