In the closing decades of the 20th century, the Synod of the Christian Reformed Church enacted changes that were troubling to the more conservative members of its constituency, especially its 1995 decision to ordain women to ministerial positions. One result of this decision was that the Presbyterian Church in America (PCA) and the Orthodox Presbyterian Church (OPC) broke fraternal relations with the CRC in 1997. The membership of the CRC in the North American Presbyterian and Reformed Council, the single largest gathering of conservative Reformed denominations in the United States, was suspended in 1999 and terminated in 2001. This gradual doctrinal shift has spurred more conservative congregations to leave, and a significant number of these have ended up in either the PCA, OPC, or the OCRC and URCNA mentioned above.

In 2007, the CRC commemorated its sesquicentennial, themed "Grace Through Every Generation: Remembering, Rejoicing, and Rededicating".

The denomination is considered evangelical and Calvinist[1] in its theology. It places high value on theological study and the application of theology to current issues, emphasizes the importance of careful Biblical hermeneutics, and has traditionally respected the personal conscience of individual members who feel they are led by the Holy Spirit. Church-authorized committees generally study contemporary societal and religious issues in depth, and the CRC is generally cautious about changes. The Church promotes the belief that Christians do not earn their salvation, but that it is a wholly unmerited gift from God, and that good works are the Christian response to that gift.

Reformed theology as practiced in the CRC is founded in Calvinism. A more recent theologian of great influence on this denomination was Abraham Kuyper (1837–1920). Kuyper, who served as the Prime Minister of the Netherlands from 1901–1905, promoted a belief in social responsibility and called on Christians to engage actively in improving all aspects of life and society. Current scholars with growing reputations, such as philosopher Alvin Plantinga, Nicholas Wolterstorff, and the late Lewis B. Smedes have associations with this denomination and with Calvin College. Philip Yancey has stated, "I also admire the tradition of the Christian Reformed Church, which advocates 'bringing every thought captive' under the mind of Christ; that tiny 'transforming' denomination has had an enormous influence on science, philosophy, and the arts."[2]

The CRC belongs to the Reformed Ecumenical Council, the World Alliance of Reformed Churches, and the National Association of Evangelicals.

The CRC subscribes to the Ecumenical Creeds[3]--the Apostles' Creed, the Nicene Creed, and the Athanasian Creed--as well as three Reformed Confessions, commonly referred as the Three Forms of Unity: the Belgic Confession, the Heidelberg Catechism, and the Canons of Dort.[4] By way of the Form of Subscription, all officebearers in the CRC promise "to teach [the doctrines contained in these confessions] diligently, to defend them faithfully, and not to contradict them, publicly or privately, directly or indirectly, in [their] preaching, teaching, or writing." They "pledge moreover not only to reject all errors that conflict with these doctrines, but also to refute them, and to do everything [they] can to keep the church free from them."[5]

In 1986, the CRC formulated a statement of faith entitled "Our World Belongs to God: A Contemporary Testimony" which addresses issues such as secularism, individualism, and relativism. These issues were seen as "unique challenges of faith presented by the times in which we live".[6] 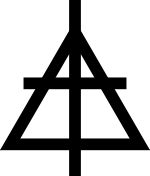 The ecclesiastical structure of the church involves three levels of assembly: the church council (local assembly, composed of a congregation's deacons, elders, and ministerial staff), the classis (regional assembly, of which there are 47: 36 in the United States, 12 in Canada, and 1 straddling the international border), and the synod (bi-national assembly.) [7] The church's Synod meets annually in June, with 188 delegates: two ministers and two elders from each classis. Central offices of the church are located in Grand Rapids, Michigan and Burlington, Ontario.

Reformed teaching puts an emphasis on education. As such, many CRC churches support Christian day schools as well as post-secondary education.[8] This includes Elim Christian Services in Palos Heights, IL, which offers a school devoted to the education of those with special needs.

The logo of The Back to God Hour, before its name was changed to "Back to God Ministries International

The logo of Back to God Ministries International

In 2006, there were 196,900 members in 776 churches in the United States and 72,900 members in 249 churches in Canada.[12] After a period of rapid growth during the first half of the twentieth century, membership totals in the United States have remained fairly steady.[12] Michigan remains the center of the denomination, with over 100,000 members in over 200 churches.[13] Other than Michigan, the states with the highest membership rates are Iowa, South Dakota, Montana, and Minnesota.[13]

Bill Hybels, pastor of Willow Creek Community Church and founder of Willow Creek Association, was raised in the Christian Reformed Church, but left, and was a critic of the CRC's apparent lack of evangelistic focus. In later years, Hybels has softened his stance, noting that the CRC has made progress in evangelism and that many CRC members attend the evangelism conferences hosted by the church he founded. Others, such as novelist Peter De Vries and filmmakers Paul Schrader (Raging Bull, Taxi Driver), Leonard Schrader (Kiss of the Spider Woman) and Patricia Rozema (I've Heard the Mermaids Sing, Mansfield Park) were raised in the church by CRC-member parents and attended denominational schools, but later left the church. However, the influence of CRC origin can be detected in their later work, especially the films of Paul Schrader, who has publicly stated that "a religious upbringing... never goes away."[15]

Harold Camping, president of Family Radio, was a member of the Christian Reformed Church until 1988, when he left the church, claiming that the spirit of God had left all churches.[16]