Institute of the Brothers of the Christian Schools 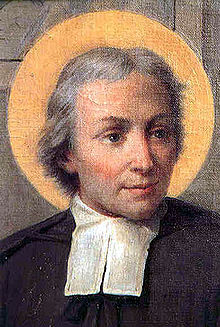 He trained and organized a group of men to live in community and conduct the schools. He is credited with establishing a regimen of education which emphasised the good of the student, banning corporal punishment from their institutions. The founding of the Institute is generally dated to 1680. It was the first religious community of men in the Roman Catholic Church not to include clergy, the Institute being composed solely of lay brothers. At one point, Jean-Baptiste de La Salle had one brother, Henri L'Heureux, study for the priesthood, with the intention of having him take over the supervision of the Institute. However, Br. Henri soon became ill and died unexpectedly the night prior to his ordination. Jean-Baptiste took this as a sign from God that the order should remain as a society of lay brothers.[citation needed] He determined that his Brothers would be older brothers to those they taught and brothers to one another.

The second period of upheaval began in 1904 when France began to enact a series of "secularisation laws". These laws essentially expelled most Catholic religious groups from France and forced the closing of schools. Brothers left France to continue work overseas, notably in Belgium, Malta, Canada, and Spain as well as Argentina, Colombia, Ecuador, Egypt, Brazil, Panama, Mexico, North Africa, Australia, Philippines and Singapore.

Since 1937 its world headquarters has been in Rome.[1] The community is headed by a Superior General with the assistance of a General Council. As of 2000, the Superior General is Brother Alvaro Rodriguez Echeverria, FSC, native of Costa Rica.

The British province of the Institute, headquartered in Oxford, is a registered charity under English law.[2]

Founder, his Rule and the Mission of the Institute

The Founder is St. John Baptist de La Salle, a French priest who lived in the 17th century. He came from a wealthy family. He became involved with in teaching poor children in parish charity schools, and focused his life on this. He was canonized as a saint on May 15, 1900. In 1950, Pope Pius XII declared him to be the Special Patron of All Teachers of Youth in the Catholic Church.

He emphasized the virtue of faith for the brothers: "The spirit of this Institute is first, a spirit of faith, which should induce those who compose it not to look upon anything but with the eyes of faith, not to do anything but in view of God, and to attribute all to God." (Rule 1718). He also said that “To touch the hearts of your students and to inspire them with the Christian spirit is the greatest miracle you could perform, and the one that God asks of you, since this is the purpose of your work.”

The Brothers Rule states that the Mission of the Institute is “to provide a human and Christian education to the young, especially the poor, according to the ministry entrusted to them by the church.”

From 1882 until 1989, a non-profit arm of the order ran a winery in the Napa Valley at Greystone Cellars near St. Helena, California. Most famous for Christian Brothers Brandy, the operation and rights to the name were sold to Heublein, Inc. in 1989.[3]

In 1981 the Institute started an ethical or socially responsible investment service for Catholic organisations. The service attempts to use its shareholdings to influence the way the companies in which it has invested operate.[4] Lasallian schools and institutions usually incorporate the Signum Fidei as a mark of their heritage.