The Missionary Society of Saint Paul the Apostle, better known as the Paulist Fathers, is a Roman Catholic religious society for men founded in New York City in 1858 by Servant of God Fr. Isaac Thomas Hecker in collaboration with Fr. George Deshon, Fr. Augustine Hewit, and Fr. Francis A. Baker. Members of the society identify themselves as such by the use of the initials C.S.P. after their names, for the Congregation of St. Paul.

The Paulist mission is to evangelize the people of North America in a manner particularly suited to the continent's culture. In addition to evangelization, the Paulists have taken on ministries of ecumenism, interfaith relations, and reconciliation as part of their missionary focus. The Paulists seek to be a bridge between contemporary culture and Catholicism by presenting the Gospel truths in fresh ways that are compelling so that the fullness of the Catholic Church can be shared effectively with others. The Paulists use all available media to accomplish this end, beginning in print with the founding of Catholic World magazine in 1865 and continuing and extending their mission in the work of Paulist Press and in radio, film, and Internet ministries.

Because the Paulist Fathers' primary mission has been the conversion of the American people and society, the vast majority of Foundations (as Paulist centers of ministry are called) and priests are located in the United States of America, although a significant historic presence in Canada has resulted in a number of Canadian vocations over the years. There are Paulist Foundations in 13 states in the U.S. and one in Toronto, Canada and Rome, Italy.

Hecker and the Early Years 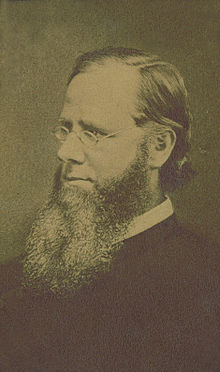 Servant of God Isaac Hecker, a convert to Catholicism, who was originally a Priest of the Congregation of the Most Holy Redeemer (Redemptorists), as were all the founding members of the Paulists, wanted to create an order of priests that could evangelize to the people of North America in ways that would be more effective than the previous methods. Hecker’s notion of what constituted ‘more effective’ means or techniques of evangelization brought him into conflict with the leadership of the Redemptorist community, which ultimately resulted in him being expelled. Hecker was supported by Redemptorist Fathers George Deshon, Augustine Hewit, Francis Baker, and Clarence Walworth, who were themselves converts to Catholicism from the Episcopal Church and were influenced significantly by the Oxford Movement. Hecker and his companions were soon after dispensed from their vows to the Redemptorist Order and were granted permission to found the Paulists Fathers in 1858 as the Missionary Priests of Saint Paul the Apostle, in honor of Paul of Tarsus, by Pope Pius IX.

The Paulists got their start in the Archdiocese of New York, establishing their headquarters in a parish on 59th Street appropriately named Church of St. Paul the Apostle, granted them by Archbishop John Hughes. Hecker conceived the Paulists to be a smaller community with a specific missionary focus. From their headquarters in New York City, they began their task of performing missionary work to non-Catholics. With the outbreak of the American Civil War the northern based Paulists were compelled to cancel their southern missions.

Archbishop Hughes appealed to West Point graduate George Deshon to serve as a chaplain to a New York Brigade, but given that the Paulists were a newly created community and were so few in number, Father Deshon declined. During the New York Draft Riots of 1863 the Paulists attempted to dissuade people from violence, but only marginally succeed as efforts were hampered when Father Augustine Hewit was wounded in such an effort.

In 1866, under Hecker's guidance, the Paulist Press was created, thus adding the use of the written word to the Paulist mission. In 1870, a magazine for Catholic youth, The Young Catholic, was also created. In 1875, the first Paulist missionaries set sail for California; other missions quickly followed in Rhode Island, Kentucky, Michigan, and as far north as Quebec. The Paulists gained a reputation as effective preachers, particularly in New York, and this fostered their appeal amongst parish priests. In 1925, they created their own radio station in New York, WLWL. Beginning around 1935, the Paulists outfitted motor trailers as chapels and began a series of missions to more rural areas such as in South Carolina, Tennessee and Utah.

The Paulist Fathers continue to devote themselves to missionary work in the United States. They believe, as Hecker did, that they are led by the Holy Spirit in this mission. Modern Paulists prize freedom, prefer to be welcoming and inclusive, are optimistic, humorous, and they also enjoy working with laypersons. The Society recently created the Paulist Associate program for lay people who wish to associate themselves with the Paulist charism and spirituality by making a commitment to personify the ideals of the Paulist in their daily lives. The Paulists are a Society of Apostolic Life, meaning they do not take the traditional vows of consecrated life; rather, by means of promises they are supposed to pursue their mission through living in community and developing holiness in their lives.

In addition to serving as Parish Priests at their Foundations, the Paulists continue their mission of evangelization by means of the Paulist National Catholic Evangelization Association, National Offices, publishing and film companies as well as Paulist Mission Preachers. Currently, the Society has 20 Priests who are listed as available for missions. The form the missions take is largely dependent on which Paulist is giving it; as the Paulists’ put significant emphasis on the cultivation of individuality throughout formation, each Paulist presents his message in a unique way. The Paulists have also relatively recently created National Offices to head up some of their more important ministries.

The Paulist Office for Reconciliation is a ministry intended by the Paulists as a means of fostering listening, dialogue, healing, and reconciliation with those members of the Catholic community who feel alienated, or, for whatever reason, outside of the community. The office seeks to create processes, resource materials, forums, and leaders for the purpose of healing wounds and reconnecting persons with the Church. 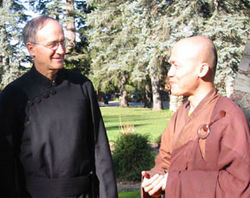 The Paulist National Office of Ecumenism and Interfaith Relations has the distinct mission of serving the Paulists' commitment to working towards unity amongst ‘the body of Christ’ and fostering understanding, respect, and collaboration with members of other world religions. The office was initially created as a means of updating and educating Paulists in these two fields as to how to go about integrating initiatives in a local context, but later adopted the additional role of offering consultative visits at campuses, parishes, retreats, and conferences. The office also maintains a newsletter and provides articles and resources for online ministries.

The Paulist Office for Young Adult Ministries is intended to assist young adults in the exploration of their spirituality as well as in the ‘richness’ of the Catholic tradition by connecting them to faith communities where their individual gifts and faith may be utilized and cultivated. The office seeks to promote youth integration and leadership amongst Christian communities and desires to see issues and concerns of youth addressed by Church leaders and organizations. This Paulist ministry has many forms such as Busted Halo which is an online spiritual magazine for peoples in their 20s and 30s; in addition, the Busted Halo Show, featuring Father Dave Dwyer, CSP, was picked up by the Catholic Channel on Sirius Satellite Radio. The office also hosts young adult retreats and, on occasion, hosts forums and gives presentations. Paulists also have a number of Newman Centers and campus ministries at several major universities throughout the United States; they consider this form of ministry one of their highest priorities.

The Paulist Press continues its ministry through the written word today. It seeks to be a bridge between faith and culture by means of publishing materials that are both intellectually engaging and spiritually fulfilling. It is a well established publisher of hardcover and paperback books as well as audio and visual tapes, DVDs, and educational materials and resources for parish renewal. One of its more popular and successful collections is the Classics of Western Spirituality series. Paulist Press also maintains an online journal, founded by Father Hecker, called The Catholic World, which is a collection of articles on faith and culture.

Originally built in 1928, since the 1960s this has been the home of Paulist Productions

Paulist Productions was founded by Father Ellwood Kieser, CSP, in California around 1960. It today creates films and television programs on a variety of subjects, but always with the intent of ensuring that spiritual concerns and matters are at the heart of the production. Paulist Productions has received a number of awards and continues to develop and produce an assortment of films and series. Some of its more successful films have been Romero, Entertaining Angels: The Dorothy Day Story, and The Twelve Apostles.

Training to become a Paulist priest is similar to other religious orders. The Society is open to single Catholic men with an undergraduate degree that are in good standing with the Church. Training consists of three phases that takes usually 6 years to complete. The first phase of formation is a year long novitiate, designed to introduce the individual to Paulist life and to help them decide if the Paulist life is for them. The next phase consists of two years of philosophical and theological studies; followed by a one year apostolate at a Paulist Foundation. On return from his apostolate, he returns to school for two more years and, if successful, will be awarded a Master of Divinity degree. As the Paulist Seminary and Novitiate is located at St. Paul's College in Washington, DC, Paulist students have a choice of attending either the Catholic University of America or the Washington Theological Union. Near the end of his studies, the Society then decides whether he will proceed to ordination to the Diaconate. Once a Deacon, the last phase of formation is a year long pastoral internship, at the end of which the individual is ordained a Priest in the Missionary Society of Saint Paul the Apostle.