Creuse (Occitan: Cruesa) is a department in central France named after the Creuse River. 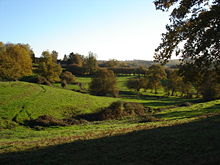 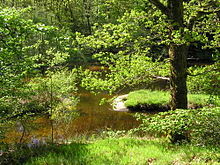 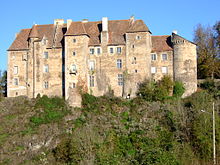 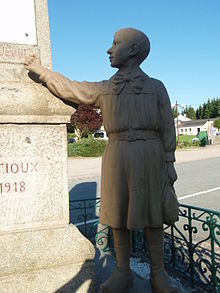 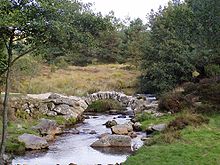 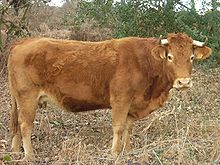 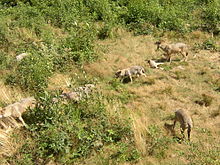 The wolves of Chabrières 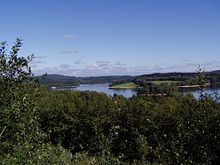 Creuse is one of the original 83 departments created during the French Revolution on 4 March 1790. It was created from the former province of La Marche.

The County of Marche (Occitan: la Marcha) was a medieval French county, approximately corresponding to the modern département of Creuse. Marche first appeared as a separate fief about the middle of the 10th century, when William III, Duke of Aquitaine, gave it to one of his vassals named Boso, who took the title of count. In the 12th century, the countship passed to the family of Lusignan. They also were sometimes counts of Angoulême and counts of Limousin. With the death of the childless Count Guy in 1308, his possessions in La Marche were seized by Philip IV of France. In 1316 the king made La Marche an appanage for his youngest son the Prince, afterwards Charles IV. Several years later in 1327, La Marche passed into the hands of the House of Bourbon. The family of Armagnac held it from 1435 to 1477, when it reverted to the Bourbons. In 1527 La Marche was seized by Francis I and became part of the domains of the French crown. It was divided into Haute Marche and Basse Marche, the estates of the former continuing until the 17th century. From 1470 until the Revolution, the province was under the jurisdiction of the parlement of Paris.

In 1886 Bourganeuf ville lumière, located in a remote part of Creuse, became somewhat improbably the third town in France to receive a public electricity supply. Three years later, in 1889, the construction of a primitive hydro-electric factory at Cascade of the Jarrauds (Cascade des Jarrauds) on the little River Maulde at Saint-Martin-Château, 14 kilometers (8.7 mi) away, established a more reliable electricity supply for the little town. The creation of a power line from the plant to Bourganeuf was supervised by a pioneering engineer called Marcel Deprez: this was the first time that a power line over such a long distance had been constructed in France. The achievement was crowned with the region's first telephone line, installed in order to permit instant communication between the generating station and the newly illuminated town.

Creuse is part of the region of Limousin and is surrounded by the departments of Corrèze, Haute-Vienne, Allier, Puy-de-Dôme, Cher, and Indre.

It is in the Massif Central and permeated by the Creuse River and its tributaries. The river is dammed at several locations both for water supply and hydroelectricity generation. As is typical for an inland area of continental Europe, Creuse has relatively cold winters with some snowfall into April, but also hot summers. Rain falls throughout the year because of the relatively high elevation.

The topography is principally rolling hills intersected by often steep valleys. The terrestrial ecology is typically cool temperate with a species mix common in the western UK: with oak, ash, chestnut, hazel and Prunus species dominating the woodlands. There are no commercial vineyards. Much of the farming is beef cattle: Charolais and Limousin, and also sheep.

The inhabitants of the department are called Creusois.

The population peaked at 287,075 in 1851, after which it declined gently until the First World War. During and after the war, the decline in population became much more rapid both because of the death and disruption that characterised the war years and because of the higher wages available to any workers with marketable skills in the economically more dynamic towns and cities outside Creuse. By 1921 the registered population had slumped by almost 38,000 (approximately 14%) in ten years to 228,244, and the decline continued throughout the twentieth century.

Over the last four decades of the twentieth century Creuse experienced the greatest proportional population decline of any French department, from 164,000 in 1960 to 124,000 in 1999 – a decrease of 24%.

The President of the General Council is Jean-Jacques Lozach of the Socialist Party.

A historically rich and traditionally rural rather lighly-populated area with beautiful preserved landscapes, ancient and typical art de vivre, original stone architecture, no major urban center and many heritage site such as castles, abbeys and Celtic stone monuments: the Creuse department has become a Green tourism destination since the late 1990s. Creuse enjoyed a temperate climate with mild springs and autumns, rather cold and snowy but sunny winters, and relatively warm and sunny summers, but not as hot as in the southern parts of France. Thanks to its preserved forested landscape, little pollution and wonderful stone buildings, many foreigners (notably British and Dutch, but also German and Belgian) have sought to buy holiday homes in Creuse.

The major tourist attractions are the tapestry museum in Aubusson and the many castles, notably those of Villemonteix, Boussac, and Banizette. The monastery of Moutier-d'Ahun has exceptional wood carvings from the 17th century. (fr:Abbaye de Moutier-d'Ahun). After World War 1, some towns in France set up pacifist war memorials. Instead of commemorating the glorious dead, these memorials denounce war with figures of grieving widows and children rather than soldiers. Such memorials provoked anger among veterans and the military in general. The most famous is at Gentioux-Pigerolles in the department (see picture on the left). Below the column which lists the name of the fallen, stands an orphan in bronze pointing to an inscription ‘Maudite soit la guerre’ (Cursed be war). Feelings ran so high that the memorial was not officially inaugurated until 1990 and soldiers at the nearby army camp were under orders to turn their heads when they walked past.