Côtes-d'Armor (Breton: Aodoù-an-Arvor) is a department in the north of Brittany, in northwestern France.

Côtes-du-Nord was one of the original 83 departments created during the French Revolution on 4 March 1790. It was created from part of the former province of Brittany. Its name was changed in 1990 to Côtes-d'Armor (ar mor meaning the sea in Breton). The name also has a historical connotation recalling the Roman province of Armorica.

The present department corresponds to most of historical Trégor, part of Cornouaille, and most of Saint-Brieuc. 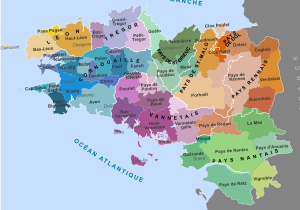 Côtes-d'Armor is part of the current administrative region of Brittany and is surrounded by the departments of Finistère, Morbihan, and Ille-et-Vilaine, with the English Channel to the north.

The inhabitants of the department are called Costarmoricains.

The Côtes-d'Armor has usually been a left-wing holdout in a historically strongly clerical and right-wing Brittany, due to the department's more anti-clerical nature, especially in the inland area around Guingamp, a former Communist stronghold.

The President of the General Council is Claudy Lebreton of the Socialist Party.

The western part of the département is part of the traditionally Breton-speaking "Lower Brittany" (Breizh-Izel in Breton). The boundary runs from Plouha to Mûr-de-Bretagne. The Breton language has become an intense issue in many parts of Brittany, and many Breton-speakers advocate for bilingual schools. Gallo is also spoken in the east and is offered as a language in the schools and on the baccalaureat exams.