Charles Poletti (July 2, 1903-August 8, 2002) was an American lawyer and politician. He was the 46th Governor of New York in 1942, and was the first Italian-American governor in the United States.

Poletti intended to manage a bakery after graduating from high school, but was encouraged by his principal to attend college.[9] He attended Harvard University on a scholarship, and worked at a variety of part time jobs to finance his studies, including waiting tables, washing dishes, and tutoring.[10] He received his bachelor's degree in 1924, was admitted to Phi Beta Kappa, and then studied at the University of Rome, the University of Bologna and the University of Madrid.[11][12] Poletti later served on Harvard's Board of Overseers.[13]

In 1928 he was active in the presidential campaign of Governor Alfred E. Smith, and in 1932 he became counsel to the Democratic National Committee.

In 1933 Poletti was appointed on the recommendation of Felix Frankfurter to be counsel to Governor Herbert H. Lehman. Lehman relied heavily on Poletti, asking him to move into the executive mansion, and assigning him tasks from drafting legislation and speeches to lobbying for passage of New Deal measures advocated by the administration of President Franklin Roosevelt.[15][16][17]

Election as lieutenant governor and succession to governorship 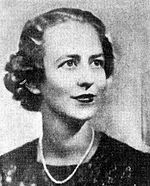 In 1938, Poletti was elected Lieutenant Governor of New York on the Democratic ticket with Governor Lehman.[21][22][23]

In 1939 Poletti was elected to the National Association for the Advancement of Colored People's board of directors.[24] In 1940 Poletti threw out the first pitch at a game between the New York Cubans and the New York Black Yankees, opening the season of the Negro National League with a speech advocating the integration of Major League Baseball.[25]

Poletti was a candidate for the Democratic nomination for governor in November 1942. When state Attorney General John J. Bennett was selected, Poletti accepted the nomination for reelection as lieutenant governor.[26] Bennett and Poletti were defeated by Thomas E. Dewey and Thomas W. Wallace.[27]

When Governor Lehman resigned on December 3, 1942 to accept appointment as Director of Foreign Relief and Rehabilitation Operations for the United States Department of State, Poletti succeeded to the governorship.[28] He served 29 days, the shortest term of any New York governor.[29]

After leaving office Poletti was appointed special assistant to Secretary of War Henry L. Stimson.[30][31] In this position Poletti worked on efforts to racially integrate the military.[32][33]

On Dec. 27, 1942 Poletti broadcast for the Office of War Information a radio address to the Italian people, urging them to "throw out both Hitler and Mussolini."[34]

In July, 1943 Poletti was assigned to serve as a U.S. Army civil affairs officer in Italy, selected largely because as a first-generation Italian-American who was fluent in Italian and had served as a state governor, he had an understanding of the local culture and had sufficient stature to earn the respect of the Sicilian people. Initially assigned to assist in restoring civil government in Palermo, he became responsible for rebuilding efforts throughout Sicily.[35][36][37]

As the Allies continued to liberate mainland Italy Poletti's command would follow to restore water and electricity, distribute food and water, and begin the process of returning the formerly fascist country to democracy.[38]

Some sources state that while he served in Sicily Poletti's driver and interpreter was Mafia boss Vito Genovese, who had fled New York in the 1930s to escape prosecution for murder.[39] Genovese was allegedly heavily involved in black market activities with other Sicilian Mafiosi, including Calogero Vizzini.[40] Another Mafia boss, Lucky Luciano, is also alleged to have once described Poletti as "one of our good friends."[41] Poletti always stated that he had no connection to Genovese, Luciano, the Mafia, or black market activities.[42][43] In a 1993 interview for BBC TV, Poletti stated: "We had no problems at all with the Mafia. Nobody ever heard of it. While we were there, nobody heard of it. Nobody ever talked about it."[44]

After leaving the Army as a colonel Poletti became the senior partner in a Manhattan law firm. From May, 1946 to June, 1947 he carried out an appointment as an arbitrator assigned to resolve labor disputes in New York City's clothing industry.[45][46][47]

In 1955 Poletti was appointed to the New York State Power Authority, serving until 1960, the period in which the St. Lawrence Project and Niagara Project were built.[48][49]

Poletti died at the age of 99. He was survived by his second wife, Elizabeth, and his children, Dr. Charles Poletti, Carla Tidmarsh, and Joanna Todisco. At the time of his death, he was the eldest living former U.S. governor. He was interred at Calkins Cemetery in Elizabethtown, New York.[53][54][55]