As of 2011[update], the People's Republic of China has 14 nuclear power reactors spread out over 4 separate sites and 27 under construction.[1][2] China's National Development and Reform Commission has indicated the intention to raise the percentage of China's electricity produced by nuclear power from the current 1% to 6% by 2020 (compared to 20% in the USA as of 2008). This will require the current installed capacity of 11.3 GW to be increased to 86 GW (more than France at 63 GW).[3] However, rapid nuclear expansion may lead to a shortfall of fuel, equipment, qualified plant workers, and safety inspectors.[4][5]

Due to increasing concerns about air quality and global warming, nuclear power has been looked to as an alternative to coal power in China.[6][7] China has two major nuclear power companies, the China National Nuclear Corporation operating mainly in north-east China, and the China Guangdong Nuclear Power Group operating mainly in south-east China.[8] The People's Republic of China is also involved in the development of nuclear fusion reactors through its participation in the ITER project, having constructed an experimental nuclear fusion reactor known as EAST located in Hefei,[9] as well as research and development into the thorium fuel cycle as a potential alternative means of nuclear fission.[10]

Following the Fukushima Daiichi nuclear disaster in Japan, China announced on 16 March 2011, that all nuclear plant approvals were being frozen, and that 'full safety checks' of existing reactors would be made.[11][12] Although Zhang Lijun, Vice Minister of Environmental Protection, has indicated that China's overall nuclear energy strategy would continue,[12] some commentators have suggested that additional safety-related costs and public opinion could cause a rethink in favor of an expanded renewable energy program.[12][13] In April 2011, China Daily reported that approvals for construction of nuclear power plants in marine areas have been suspended.[14] The safety inspections were due to finish by October 2011, and the current status of the projects is unclear.[15] 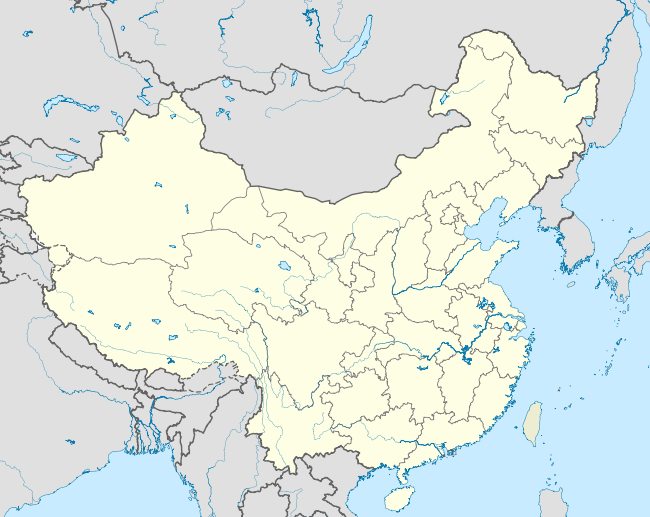 Most nuclear power plants in China are located on the coast and generally use seawater for cooling a direct once-through cycle. The New York Times has reported that China is placing many of its nuclear plants near large cities, and there is a concern that tens of millions of people could be exposed to radiation in the event of an accident.[8] China's neighboring Guangdong and Lingao nuclear plants have around 28 million people within a 75-kilometre radius that covers Hong Kong.[17]

Currently, this is one of the most ambitious programs in the world with plans to have over 80 GWe (6%) of installed capacity by 2020, and a further increase to more than 200 GW (16%) by 2030,[18] as agreed in the 22 March 2006 government "Long-term development plan for nuclear power industry from 2005 to 2020".[16] The State Council Research Office (SCRO) has recommended that China aim for no more than 100 GW before 2020 (built and building), in order to avoid a shortfall of fuel, equipment and qualified plant workers. It expressed concern that China is building several dozen more Generation 2 reactors, and recommended shifting faster to Generation 3 designs such as the AP1000.[19][20]

The role of the IPPs

The first major successful profitable commercial project was the Daya Bay Nuclear Plant, which is 25% owned by CLP Group of Hong Kong and exports 70% of its electricity to Hong Kong. Such imports supply 20% of Hong Kong's electricity.

In order to access the capital needed to meet the 2020 target of 80GW, China has begun to grant equity in nuclear projects to China's Big Five power corporations:

Inside China, and outside the country, the speed of the nuclear construction program has raised safety concerns. Prof He Zuoxiu, who was involved with China's atomic bomb program, has said that plans to expand production of nuclear energy twentyfold by 2030 could be disastrous, as China was seriously underprepared on the safety front. China's fast-expanding nuclear sector is opting for cheap technology that “will be 100 years old by the time dozens of its reactors reach the end of their lifespans”, according to diplomatic cables from the US embassy in Beijing.[5]

The rush to build new nuclear power plants may “create problems for effective management, operation and regulatory oversight” with the biggest potential bottleneck being human resources – “coming up with enough trained personnel to build and operate all of these new plants, as well as regulate the industry”.[5]

The challenge for the government and nuclear companies is to "keep an eye on a growing army of contractors and subcontractors who may be tempted to cut corners".[8] China is advised to maintain nuclear safeguards in a business culture where quality and safety are sometimes sacrificed in favor of cost-cutting, profits, and corruption. China has asked for international assistance in training more nuclear power plant inspectors.[8]

The most numerous reactor type under construction is the CPR-1000, with fifteen units under construction as of June 2010[update], and another 15 approved and proposed. This reactor type is a Chinese development of the French 900 MWe three cooling loop design imported in the 1990s, with most of the components now built in China. Intellectual property rights are retained by Areva however, which limits CPR-1000 overseas sales potential.[6]

The Westinghouse AP1000 is the main basis of China's move to Generation III technology, and involves a major technology transfer agreement. It is a 1250 MWe gross reactor with two coolant loops. The first four AP1000 reactors are being built at Sanmen and Haiyang, for CNNC and CPI respectively. At least eight more at four sites are firmly planned after them, and about 30 more are proposed to follow.[16]

In 2007 negotiations were started with the French company Areva concerning the European Pressurized Reactor (EPR), third generation reactors. Two Areva EPR reactors are being built at Taishan, and at least two more are planned (see section below on Embarking upon Generation III plants). Areva says the reactors are 4590 MWt, with net power 1660 MWe.

In October 2008, Areva and CGNPC announced establishment of an engineering joint venture as a technology transfer vehicle for development EPR and other PWR plants in China and later abroad. The JV will be held 55% by CGNPC and other Chinese interests, and 45% by Areva. It will engineer and procure equipment for both the EPR and the CPR-1000.

China plans to develop a domestic program to become self-sufficient in reactor design and construction, as well as other parts of the fuel cycle, though they currently operate using imported Uranium. Shu Guogang, GM of China Guangdong Nuclear Power Project said, "We built 55 percent of Ling Ao Phase 2, 70 percent of Hongyanhe, 80 percent of Ningde and 90 percent of Yangjiang Station."[21]

In 2008, Westinghouse Electric Co., designer of the AP1000, announced that China wants to have 100 nuclear reactors in operation or under construction by 2020.

In 2008 and 2009 Westinghouse made agreements to work with the State Nuclear Power Technology Corporation (SNPTC) and other institutes to develop a larger version of the AP1000, probably of 1400 MWe capacity, possibly followed by a 1700 MWe design. China will own the intellectual property rights for these larger designs. Exporting the new larger units may be possible with Westinghouse's cooperation.[6]

In 2010 the China Guangdong Nuclear Power Corporation announced the ACPR-1000 design, a further design evolution of the CPR-1000 to a Generation III level, which would also replace intellectual property right limited components. CGNPC aims to be able to independently market the ACPR-1000 for export by 2013.[23]

Russia's Atomstroyexport was general contractor and equipment provider for the Tianwan AES-91 power plants using the V-428 version of the well-proven VVER-1000 reactor of 1060 MWe capacity. The reactors incorporate Finnish safety features and Siemens-Areva instrumentation and control systems. Russia's Energoatom is responsible for maintenance from 2009. Two further Tianwan units will use the same version of the VVER-1000 reactor.