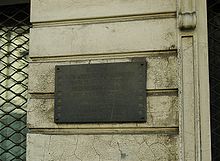 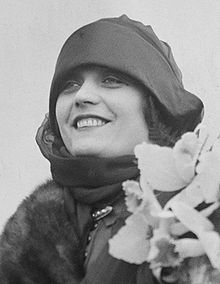 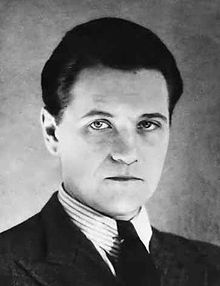 Eugeniusz Bodo, the "King of Polish actors" of the 1930s

The history of cinema in Poland is almost as long as history of cinematography, and it has universal achievements, even though Polish movies tend to be less commercially available than movies from several other European nations.

From 1955 onwards, the works of directors of the so-called Polish Film School had a great influence on the contemporary trends such as French New Wave, Italian neorealism or even late Classical Hollywood cinema. After World War II, despite censorship, filmmakers like Roman Polanski, Krzysztof Kieślowski, Agnieszka Holland, Andrzej Wajda, Andrzej Żuławski impacted the development of the cinematography. In the most recent years, while no longer and struggling with censorship, and with a large number of independent filmmakers of all genres, the Polish productions tend to be more inspired by the American film.

The first cinema in Poland (then occupied by the Russian Empire) was founded in Łódź in 1899, several years after the invention of the Cinematograph. Initially dubbed Living Pictures Theatre, it gained much popularity and by the end of the next decade there were cinemas in almost every major town of Poland. Arguably the first Polish filmmaker was Kazimierz Prószyński, who filmed various short documentaries in Warsaw. His pleograph film camera has been patented already before the Lumière brothers' invention and he is credited as the author of the earliest surviving Polish documentary titled Ślizgawka w Łazienkach (Skating-rink in the Royal Baths), as well as the first short narrative films Powrót birbanta (Rake's return home) and Przygoda dorożkarza (Cabman's Adventure), both created in 1902. Another pioneer of cinema was Bolesław Matuszewski, who became one of the first filmmakers working for the Lumière company - and the official "cinematographer" of the Russian tsars in 1897.

The earliest surviving feature film, the Antoś pierwszy raz w Warszawie (Antoś for the First Time in Warsaw) was made in 1908 by Antoni Fertner. The date of its première, October 22, 1908, is considered the founding date of Polish film industry. Soon Polish artists started experimenting with other genres of cinema: in 1910 Władysław Starewicz made one of the first animated cartoons in the world - and the first to use the stop motion technique, the Piękna Lukanida (Beautiful Lukanida). By the start of World War I the cinema in Poland was already in full swing, with numerous adaptations of major works of Polish literature screened (notably the Dzieje grzechu, Meir Ezofowicz and Nad Niemnem.

During the WWI the Polish cinema crossed borders. Films made in Warsaw or Vilnius were often rebranded with German language intertitles and shown in Berlin. That was how a young actress Pola Negri (born Barbara Apolonia Chałupiec) gained fame in Germany and eventually became one of the European super-stars of silent film.

Graduates of world-renowned Łódź Film School include some of the icons of the world cinematography, e.g., Roman Polanski (Knife in the Water, Rosemary's Baby, Frantic, The Pianist) and Krzysztof Zanussi (a leading director of the so-called cinema of moral anxiety of the 1970s).

Andrzej Wajda's films offer insightful analyses of the universal element of the Polish experience - the struggle to maintain dignity under the most trying circumstances. His films defined several Polish generations. In 2000, Wajda was awarded an honorary Oscar for his overall contributions to the cinematography.

It is also important to note that during the 80's, the People's Republic of Poland instituted the martial law to vanquish and censor all forms of opposition against the communist rule of the nation, including outlets such as cinema and radio. A notable film to have emerged during this period was Ryszard Bugajski's 1982 film Interrogation (Przesluchanie), which depicts the story of an unfortunate woman (played by Krystyna Janda) who is arrested and tortured by the secret police into confessing a crime she knows nothing about. The anti-communist nature of the film brought about the film's over seven-year ban. In 1989, the ban was repealed after the overthrow of the Communist government in Poland, and the film was shown in theaters for the first time later that year. The film is still lauded today for its audacity in depicting the cruelty of the Stalinist regime, as many artists feared persecution during that time.[1][2]

In the 1990s, Krzysztof Kieślowski won a universal acclaim with productions such as The Decalogue (made for television), The Double Life of Véronique and the Three Colors trilogy.

Polish animated films - e.g., those by Jan Lenica and Zbigniew Rybczyński (Oscar, 1983) - have a long tradition and derive inspiration from Poland's graphic arts. 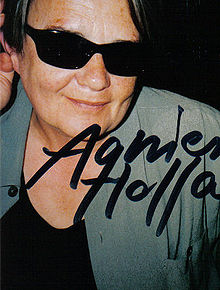 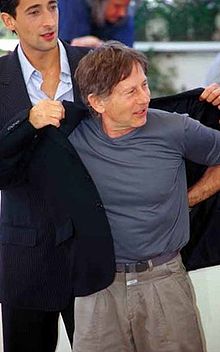