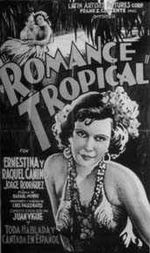 The history of the Cinema industry in Puerto Rico begins with the US invasion of the island in 1898. At that time, the American soldiers brought cameras to record what they saw. It was not until the 1912 that Puerto Ricans would begin to produce their own films.

After this, Puerto Rican cinema has developed at a slow pace. Despite this, the industry has produced several renowned actors and actresses, and so far one Academy Award nominated film (see List of Puerto Rican Academy Award winners and nominees).

In the late 90s and during the new millennium, the Puerto Rican film industry has seen a significant growth with the amount of local productions increasing each year.

After the early images recorded by the American soldiers in 1898, most of the films produced in the island were documentaries. It wasn't until 1912 that Rafael Colorado D'Assoy recorded the first non-documentary film titled Un drama en Puerto Rico. After that, Colorado and Antonio Capella Martínez created the Film Industrial Society of Puerto Rico in 1916, producing their first film titled Por la hembra y el gallo. Other film companies formed during the time were the Tropical Film Company (1917) and the Porto Rico Photoplays (1919).

In 1934, Juan Viguié Cajas produced and directed the first Puerto Rican film with sound titled, Romance Tropical. There is little known of the whereabouts of this film or the ones mentioned above.

The first truly Puerto Rican film, 1953's Los Peloteros, featured a Puerto Rican cast and was based on a real story. Ramón Rivero (Diplo) starred as the inspirational coach of a children's baseball team. His impoverished team played with old, broken equipment and longed for uniforms. Known as a comedian, the role enabled Rivero to demonstrate his dramatic abilities. The children in the movie were not professional actors; they actually were poor children cast at the shooting locale. Photographer Jack Delano directed the film for the Puerto Rican government's Division of Community Education. Some consider Los Peloteros to be the best Puerto Rican film ever made.

Several films were shot in Puerto Rico in the 1950s. Two were Puerto Rican, the musical drama El Otro Camino (1955), and the drama/romance Maruja (1958). Axel Anderson, a German ex-patriate who became a star in both Puerto Rican television and film. In Maruja, Anderson played opposite leading lady, Marta Romero, and in El Otro Camino he played opposite Rosaura Andreu, future children's television host. A third movie was the American film noir Man With My Face (1951), a thriller centering on Americans living in Puerto Rico. Producer J. Harold Odell shot three films on the island, Machete, Counterplot and Fiend of Dope Island. 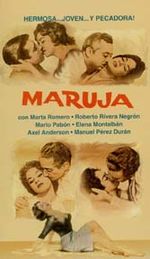 Within the 1960s, an explosion of filmmaking aroused on the island. About half of the films shot in this period were co-productions between Puerto Rico and Mexico. Mexico also shot a few stand-alone productions, plus a few co-productions with Spain and Venezuela. Puerto Rico hosted a sizable number of U.S. movies throughout the decade, plus one from Argentina and one from the United Kingdom. Although none of the movies from this period received wide critical acclaim, director Leopoldo Torre Nilsson was nominated for the Golden Palm award at the Cannes Film Festival for his work on La Chica del Lunes in 1967. Also notable are the Bob Hope comedy The Private Navy of Sgt. O'Farrell in 1968 when Hawaii was unavailable for Department of Defense cooperation and a film adaptation of William Golding's novel Lord of the Flies.

Filmmaking in the 1970s, slowed down substantially. Among the handful of Puerto Rican pictures (mostly co-productions), only the Jacobo Morales film Dios los Cría (1979) stands out. Morales had a solid background as an actor and writer, going back to the inception of Puerto Rican television in the 1950s. Dios los Cria marked the beginning of his work writing and directing for the big screen. The collection of five comedic tales earned him acclaim.

The U.S. produced more films in Puerto Rico in the 1970s than any other country did. Most of them were schlock movies typical of the time, such as producer Sydney W. Pink's last movie The Man From O.R.G.Y. in 1970. The Woody Allen film Bananas, of 1971, is the only classic American film of the time. Jacobo Morales played a supporting role on the film.

Following up on his previous success, Morales has continued to write and direct his own films. Nicolas y los Demas (1986) and Lo que le Pasó a Santiago (1989) both won audience appreciation. In addition, the latter received an Oscar nomination for Best Foreign Film. In 1994, he directed Linda Sara which didn't earn as much respect as his earlier works, although it's generally considered enjoyable. In 2004 he released a sequel to his 1979 hit, Dios los Cria 2.

During the 80s, Puerto Rican began submitting films for consideration to the Academy Award for Best Foreign Film. Some of the films submitted were La Gran Fiesta and the above-mentioned Lo que le Pasó a Santiago. Despite these efforts, the industry wasn't booming like before.

The early-to-mid 1990s had Paramount Pictures' A Show of Force, whose cast included Amy Irving, Robert Duvall, Andy García, and Kevin Spacey; La Guagua Aérea, the aforementioned Linda Sara, and El Poder del Shakti as theatrical releases on the island. 1997 brought Robert Zemeckis and his team to the island to shoot sequences for Contact and Steven Spielberg for a 2-day shoot for Amistad. 1998 had theatrical releases for the well-received Héroes de Otra Patria and for the not-as-well-received Mi Día de Suerte, as well as a limited release for The Face at the Window. 1999 had the theatrical premiere, but not a general theatrical release, for the English-language Paging Emma.

In the 2000s, another filmmaking boom began. 12 Horas enjoyed a decent, six-week theatrical run in 2001, and ever since then, the number of films made by Puerto Ricans has increased dramatically. So has the variety, including documentaries, short films, and animation. 2004's Voces inocentes co-produced by Mexico, Puerto Rico, and the United States, won several international awards. Both the Puerto Rico Film Commission and the Corporation for the Development of Arts, Science and Film Industry in Puerto Rico promote local and international film making, including loans and financial incentives.

Other recent films that have garnered praise are Celestino y el Vampiro, Ladrones y Mentirosos, Cayo, and Jacobo Morales' Angel. Unfortunately, people in Puerto Rico see most of these films as art house material and they don't get the box office reception as many American mainstream films.[1]

One notable exception to this trend of lukewarm reception at the box office occurred with the film Maldeamores. Starting with its sold-out, one-week Oscar-qualifying run in late 2007, this film became a benchmark in Puerto Rican cinema for its combination of excellent critical reception, decent box office reception, and actual theatrical exhibition in the U.S. Nevertheless, in July 2009 the Puerto Rico Film Commission reported that Maldeamores had only recovered about 50% of its costs.[1]

In 2008, director Steven Soderbergh and actor – producer Benicio del Toro filmed most of the first part of Che on the island; and George Clooney, Jeff Bridges, and Kevin Spacey (working in the island once more) shot The Men Who Stare at Goats. Also in 2008, the film Talento de Barrio became the first Puerto Rican film to sell more than 300,000 tickets during its theatrical run, even though its critical reception was decidedly on the "rotten" side of the spectrum.

In 2009, Party Time: The Movie, directed by Juan Fernandez-Paris, Miente (Lie), directed and production-designed by Rafi Mercado, and Kabo y Platon directed by Edmundo H. Rodríguez, received theatrical releases. Also, Johnny Depp visited the island to work in The Rum Diary and Joel Silver took advantage of available incentives to shoot most of The Losers.

The year 2010 saw theatrical releases for Que Despelote, directed by Eduardo 'Transfor' Ortiz; Elite, directed by Andres Ramirez, and Caos, directed by Raul García, and also saw the island serve as a production hub for a significant portion of Fast Five.