Kinomania is the local distributor of films by Warner Brothers (New Line Cinema).[3] 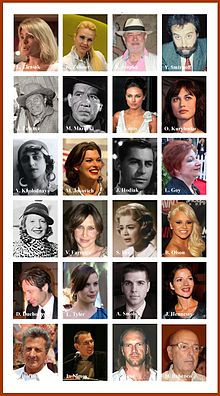 World famous actors and actresses related to Ukrainians or Ukraine. 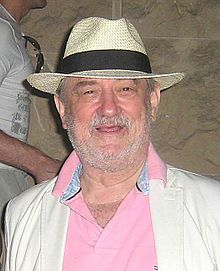 Bohdan Stupka is recognized as the most famous living Ukrainian actor. 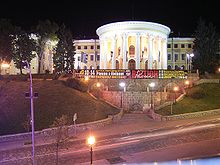 History of the cinema in Ukraine

On the territory of Odessa film studio there is a Museum of the Cinema, in which you can find out about many interesting facts on the history of the cinema in general and history of Ukrainian cinema as a part. Here you can find historic materials, from the invention of cinema, to the postmodern, digital and avant garde.

is administrated by the Ministry of Culture of Ukraine and the Ukrainian Association of Cinematographers.