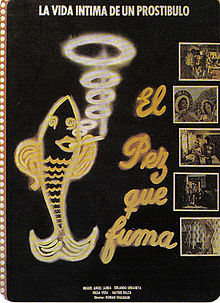 Venezuelan cinema dates back to the late nineteenth century, but has never enjoyed the success of some other Latin American cinema. Recent years have seen Secuestro Express (2005), which was distributed internationally by Miramax, and El Caracazo (2005), a costly historical film about the Caracazo of 1989. Villa del Cine, a large state-owned TV and film studio, was opened in 2006. Venezuela produces between ten and fifteen full-length films each year.[1]

Landmarks of Venezuelan cinema include the 1959 documentary Araya, by Margot Benacerraf, the 1976 Soy un delincuente by Clemente de la Cerda (which earned more at the box office than Jaws[2]) and the 1977 film El Pez que Fuma, by Román Chalbaud. Araya was entered into the 1959 Cannes Film Festival,[3] where it shared the Cannes International Critics Prize with Alain Renais's Hiroshima, Mon Amour.[4] 1985's Oriana won Fina Torres the Caméra d'Or Prize at the 1985 Cannes Film Festival as the best first feature.[3]

Venezuela has entered films for consideration as nominees for the Academy Award for Best Foreign Language Film since 1978. In the first two decades, none of its submissions were nominated for the award.