March 6: Battle of the Alamo. 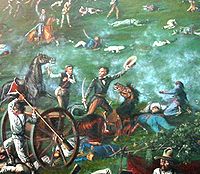