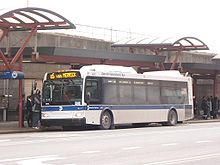 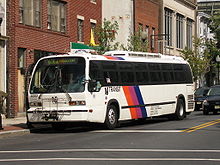 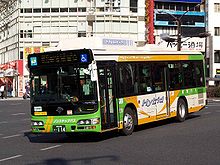 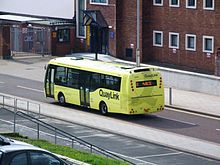 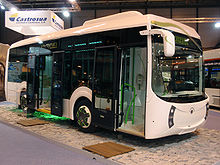 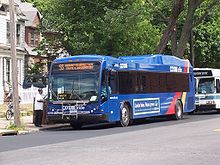 In 2006, Nova Bus, which had previously marketed the RTS hybrid before that model was discontinued, added a diesel-electric hybrid option for its LFS series as well.

In the United Kingdom, Wrightbus has introduced a development of the London 'Double-Decker', a new interpretation of the traditional red buses that are a feature of the extreme traffic density in London. The Wright Pulsar Gemini HEV bus uses a small diesel engine with electric storage through a lithium ion battery pack. The use of a 1.9-litre diesel instead of the typical 7.0-litre engine in a traditional bus demonstrates the possible advantages of serial hybrids in extremely traffic-dense environments. Based on a London test cycle, a reduction in CO2 emissions of 31% and fuel savings in the range of 40% have been demonstrated, compared with a modern 'Euro-4' compliant bus.

Also in 2005 GE introduced its hybrid electric shifters on the market. Toyota claims to have started with the Coaster Hybrid Bus in 1997 on the Japanese market. In May 2003 GM started to tour with hybrid electric buses developed together with Allison. Several hundreds of those buses have entered into daily operation in the US. The Blue Ribbon City Hybrid bus was presented by Hino, a Toyota affiliate, in January 2005. Mitsubishi Fuso have developed a diesel engine hybrid bus using lithium batteries in 2002, and this model has since seen limited service in several Japanese cities.

Since 1999, Hybrid electric buses with gas turbine generators have been developed by several manufacturers in the US and New Zealand, with the most successful design being the buses made by Designline of New Zealand. The first model went into commercial service in Christchurch (NZ) since 1999, and later models now operates daily service in Tokyo, Auckland (NZ), Hong Kong, and Newcastle upon Tyne (UK).

The Whispering Wheel bus is another HEV.

The Green Bus Fund is a fund which is supporting bus companies and local authorities in England to help them buy new electric buses.[15]:

The United States Department of Energy (USDOE) announced the selection of Navistar Corporation for a cost-shared award of up to $10 million to develop, test, and deploy plug-in hybrid electric (PHEV) school buses. The project aims to deploy 60 vehicles for a three-year period in school bus fleets across the nation. The vehicles will be capable of running in either electric-only or hybrid modes and will be recharged from a standard electrical outlet. Because electricity will be their primary fuel, they will consume less petroleum than standard vehicles. To develop the PHEV school bus, Navistar will examine a range of hybrid architectures and evaluate advanced energy storage devices, with the goal of developing a vehicle with a 40-mile (64 km) electric range. Travel beyond the 40-mile (64 km) range will be facilitated by a clean diesel engine capable of running on renewable fuels. The DOE funding will cover up to half of the project's cost and will be provided over three years, subject to annual appropriations.[23]