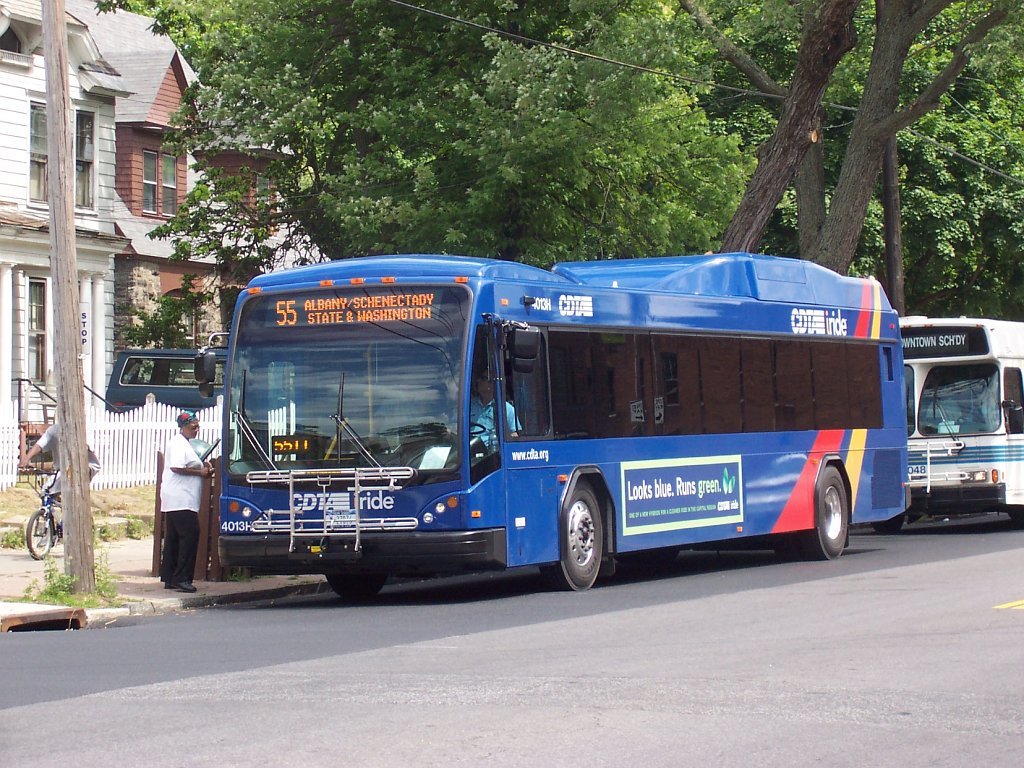 CDTA operates 60 different routes, many of which connect neighborhoods to downtowns or downtowns to shopping areas with six routes linking key towns together. Two routes, 11-SUNY Shuttle and 86-RPI Shuttle, are shuttle services for area universities which are also open to the public. Service mostly runs from 5:30 a.m.-12:00 a.m. weeknights, 6:00 a.m.-12:00 a.m. Saturdays, and 7:00 a.m.-10:00 p.m. Sundays with the college routes running until 2:00 a.m. in Albany and Troy (with several RPI-only runs running until 4:00 a.m.).

Before CDTA, many of these routes belonged to the Albany-Nassau Bus Company (Routes 32/33) and United Traction. Buses run out of "Capital Depot" adjacent to CDTA's headquarters on 110 Watervliet Avenue in Albany.

Troy Division also operates parts of Routes 22, 24, and 29 with Albany Division and Route 70 with Schenectady Division as well as the ShuttleBee (see below).

On the drawing board is the purchase of five more buses, some or all of which are hybrid

The Gillig buses are the second in a five-year deal between CDTA and Gillig.

In 2005, CDTA commissioned a transit development plan [ [http://www.cdta.org/news/moving_changing.php transit development plan] ] in order to better fit the agency's services, much of which unchanged from its predecessors. Parts of this plan include the following:
*Replacing 1/12th of the CDTA fleet on a yearly basis rather than buying large orders at once, a move implemented starting in 2007 which will reduce the costs of maintaining an aging fleet.

The 2005 plan included the development of on the busy Route 5 corridor, in turn supplementing the current 55 bus (which is responsible for 20% of CDTA's ridership). Such a plan would also lead to a refocusing of the current routes 1 and 2 and potentially the current ShuttleFly (which would be extended to serve SUNY Albany and Crossgates Mall). Such a system could lead to the purchase of articulated buses for this line as well as for possibly CDTA's other busy routes. As of mid-2007, this part of the 2005 plan was placed on hold. [ [http://www.cdta.org/news/moving_changing.php transit development plan] ]