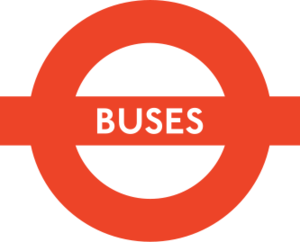 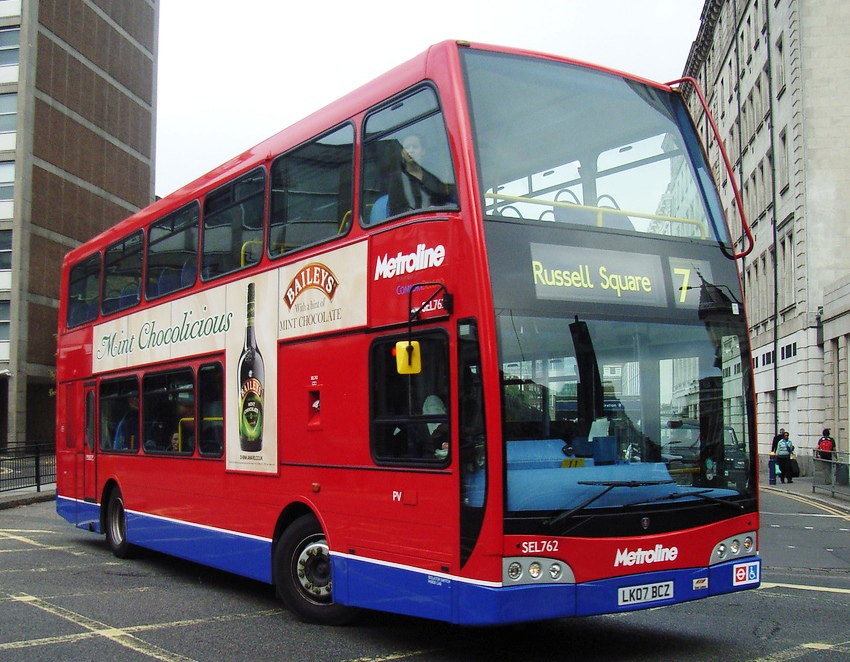 London Buses is the subsidiary of (TfL) that manages bus services within , UK. Most services are provided by bus operators, although this is not particularly obvious to passengers, as buses are required to carry similar red colour schemes and conform to the same fare scheme.

The actual bus services are operated by a number of bus operating companies which work under contract to London Buses. Although most of these operating companies are private-sector organisations, one company, , is actually owned by , and managed at so as to avoid conflicts of interest. Although this originally came about due to the default of a private sector operator, it seems now to be deliberate policy, possibly partly to act as an exemplar for other operators as to how TfL wishes bus services to be run.

London Buses publish a variety of bus maps. Some are traditional street maps of London marked with bus numbers. In 2002, TfL introduced the first "spider" maps [cite web
url=http://www.london.gov.uk/mayor/transport/buses.jsp
title=Transport Strategy - Buses
accessdate=2007-11-13
author=Mayor of London] . Rather than attempting to cover the entire city, these maps are centred on a particular locality or bus station, and convey the route information in the schematic style of Harry Beck's influential , capitalising on TfL's iconic style of . The form of bus routes radiating from a centre earned them the nickname "spider" maps, although TfL refer to them on their website now as route maps. The maps are displayed at most major bus stops, and can be downloaded as PDFs from the TfL website.

After 1994/5, the LBL company then lay dormant, passing from LRT to TfL. It was resurrected as a place for to live within TfL, allowing a to separate it from LBSL, and act as a London bus operator by proxy.

The local bus network in London is one of the largest and most comprehensive in the world. Over 6,800 scheduled buses operate on over 700 different bus routes. Over the year this network carries over 1.5 billion passenger journeys.

Buses in the London Buses network accept both s printed on cardboard and products including bus passes, as well as single cash fares. As of January 2007, the bus adult single cash fare is £2.00 for any journey, and a one-day bus pass allowing unlimited journeys in the Greater London area costs £3.50.

With the "pay as you go" (formerly "Pre Pay") a single journey costs £0.90 and there is a "daily cap" of £3.00, which means that the maximum amount of money that will be deducted from the balance on a Pay as you go Oyster card is £3 regardless of how many buses are taken that day (from 4.30am to 4.30am the next day). Alternatively, weekly (7-day) and monthly (30-day) passes may also be purchased and loaded onto an Oyster card.

All children under 11 travel free and the single fare for under-18s is £1.00. Those who live within a London borough may qualify for further concessions provided that they possess a valid Oyster Photocard and comply with TfL's Behaviour Code: a fare of £0.00 is charged for those under 16, and those under 18 who are in full time education or on a work-based learning scheme. A 30% discount on weekly (£9.10) and monthly (£35.00) passes is available for 18+ students with an Oyster photocard, though they must otherwise pay the adult fares.

On routes throughout London operated by 'bendy' buses and on route W7, passengers who wish to pay cash fares are required to pre-purchase tickets prior to boarding. Thus, all bus stops on those routes are equipped with ticket machines which sell single tickets and one-day passes. These route numbers are marked in yellow on bus stop signs with a notice to "Buy tickets before boarding", as drivers are unable to issue tickets, and also because passengers may board by any door. Furthermore, many bus stops within the fall into a "cashless" area where all routes are marked in yellow. Although drivers of non-bendy buses are always able to issue tickets, they may refuse to do so in the cashless area and require passengers to purchase their tickets using the machines. In other places, single tickets may be purchased directly from the bus driver. Most passengers use the Oyster card and thus the driver may issue a very low number of tickets during a route, however, in places towards the edge of Greater London the majority of passengers may pay cash fares. Despite this being more than twice the amount of the Oyster fare, they are comparable to the fares charged by buses in the surrounding counties.

The various bus operators providing services under contract to London Buses operate a wide variety of vehicles, about the only immediately obvious common feature being their use of a largely red livery. However, London Buses does in fact maintain a close control over both the age and specification of the vehicles. Particular examples of this include the use of separate exit doors, increasingly unusual on buses in the outside London, and, on double-deckers, the use of a straight staircase where most other UK operators specify a more compact curved staircase. Additionally, London Buses also specifies that vehicles operating in London use linen roller destination blinds, whereas in most other parts of the country, electronic dot matrix or LED displays are the norm on new buses.

Because of London Buses' close control on the age of the fleet, it is very common for London buses to be cascaded by their owners to operations in other parts of the country after a few years service.

iBus is an AVL (Automatic Vehicle Location) scheme to improve London's buses using technology. The system will track all of London's ~8000 buses. This information will be used to provide passengers with improved information on bus arrivals, and to trigger priority at traffic junctions.

The current AVL system uses microwave beacons which are located on the side of the road (and in the buses). These beacons run from a small battery, and when a bus passes, the roadside beacon informs the onboard beacon of its location, and the bus then relays this information to a central server. This server can then send out updates to any nearby countdown displays at bus stops (each of which has a telephone line to receive information). Additionally some roadside beacons are linked to traffic lights, and can trigger a priority green signal.

However, this system has an inherent problem in that the beacons cannot detect if a bus is in traffic which can significantly slow the bus down, and problems can also be caused by buses passing the beacons too quickly to pick up the message, or at too great a distance.

The iBus system aims to improve matters by providing a better fix on bus locations than was available using the beacon system. It does this using a series of sensors:

*
* s, which measure distance travelled
* A , which gives us the bus direction

All of this information is fed into a , which, combined with the knowledge of the road network, produces a "best guess" of bus position, even in areas with low GPS reception.

This improved position data is sent back to the countdown servers. The servers then update the signs as before, but because the position data is no arriving in a continuous stream (rather than just when a beacon is passed), and contain more information (such as current speed), predictions are more accurate. There is the possibility in the future that this data may also be made public over interfaces such as SMS and websites.

For priority at junctions, the bus will send out its position and route number using a short range radio system. When the junction detects a bus near enough, it can trigger a priority green. The facility exists for priority to be given only to late running buses.

The format of the "iBus" spoken word is :

"London Hilton Hotel""73 to Stoke Newington"other common phrases are "Please be considerate to other passengers, and keep your music down""This Bus is on diversion""Please move down inside the bus""This Bus Terminates here""Passengers are unable to alight at the next stop""Ticket inspectors operate on this bus, Pay as you Go users are reminded to touch in their Oyster cards as soon as you board""11 to 18 year olds must touch in to get free travel""Alcohol is not permitted on any of London's buses""Seats are available on the Upper Deck""No standing on the Upper deck or Stairs please"

When the i Bus system was first rolled out, the standard format used, had "Route" before the "73 to Stoke Newington". Due to the length of bus destinations, this has since been changed.