Champagne-Ardenne (French pronunciation: [ʃɑ̃paɲ aʁdɛn]) is one of the 27 regions of France. It is located in the northeast of the country, bordering Belgium, and consists of four departments: Aube, Ardennes, Haute-Marne, and Marne. The region is famous for its sparkling white wine (champagne). Its rivers, most of which flow west, include the Seine, the Marne, and the Aisne. The Meuse flows north.

The rail network includes the Paris–Strasbourg line, which follows the Marne Valley and serves Épernay, Châlons-en-Champagne, and Vitry-le-François. The LGV Est TGV line also connecting Paris and Strasbourg opened in 2007 and serves Reims with a train station in the commune of Bezannes.

The region's canals include the Canal latéral à la Marne and Marne-Rhine Canal, the latter connecting to the Marne at Vitry-le-François. These are petit gabarit canals.

The Vatry International Airport, primarily dedicated to air freight, has a runway 3650 m long, yet it is often unused. The airport is in a sparsely populated area just 150 km from Paris. Some people say it is a good candidate for transformation into a third Parisian airport. Les verts (the French green party) supported such a move because the resulting noise pollution would affect fewer people than an airport closer to Paris. 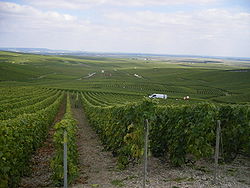 The population of Champagne-Ardenne has been in steady decrease since 1982 due to a rural exodus. With 1.3 million people and a density of 52/km², it is one of France's least populated regions. After a brief period of stabilization in the 1990's, the region's population is now among the fastest "dying" in Europe, with several municipalities losing people at a faster rate than a lot of Eastern European areas, especially in the Haute-Marne department. The region is among the oldest in France, has a weak fertility rate, and its immigrant population, while growing, is still minimal compared to the national average.

Champagne-Ardenne has the following: 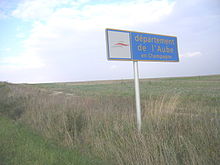 Entry in the department of Aube, Champagne-Ardenne. 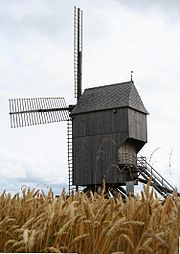 Visitors often go to Champagne because of its history and its world-famous wine. However, their itineraries diverge when they discover the region's cultural heritage and its cuisine: some visit Troyes and its ancient houses, others visit Langres and its walls, Châlons-en-Champagne and it Cloister, still others visit Épernay, Reims, or Colombey-les-deux-Églises.