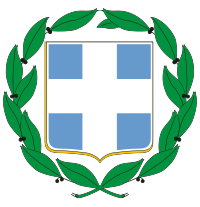 Nationality law of Greece is based on the principle of jus sanguinis. Greek citizenship may be acquired by descent or through naturalization. Greek law permits Dual citizenship. A Greek national is a citizen of the European Union, and therefore entitled to the same rights as other EU citizens.

An alien born out of wedlock is automatically Greek if the mother is Greek (see matrilineality). If the father is Greek and paternity can be proven (for example, through a paternity test), the child will become Greek when an application is submitted for the child to become a Greek citizen, providing the child has not yet reached the age of 18. An alien who is over 18 may become Greek by naturalization.

A child over 18 of a Greek father does require naturalization if they can establish a chain of Greek citizenship through properly recorded birth and marriage certificates.

Children of a naturalized alien become Greeks if, at the time of completion of the naturalization proceedings, they are not married and are less than 18 year old.

At present, marriage does not entail the acquisition or loss of Greek nationality. Before 1984, a woman marrying a Greek national became Greek automatically.[citation needed]

Naturalization by military service or Monasticism in Mount Athos

A Greek national does not usually lose their Greek citizenship when they obtain another nationality, unless they request it. A Greek citizen may voluntarily renounce citizenship by submitting an application to the Ministry of Interior in Athens. (FEK 219/2004 article 18)