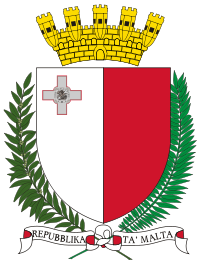 Maltese nationality law is based primarily on the principles of Jus sanguinis, although prior to 1 August 1989 the principle of Jus soli was the basis of the law.

Dual citizenship was severely restricted under Maltese law from independence in 1964 until 10 February 2000, when all restrictions were removed. Dual citizenship had been allowed in limited circumstances from 1989, but only for persons born in Malta who met specific residence criteria.

Prior to 21 September 1964, Malta was a British Crown Colony and Maltese persons held British nationality.

Maltese citizenship was conferred at independence upon persons born in Malta who had a Maltese-born parent.

Persons acquiring Maltese citizenship at independence generally lost their British nationality (Citizenship of the UK and Colonies) unless they had ties by way of birth or descent (father or paternal grandfather) to the United Kingdom itself or a place which remained a colony.

Any Citizens of the United Kingdom and Colonies (CUKC) connected with Malta who did not acquire Maltese citizenship at independence retained their CUKC status. Based on their ties with the United Kingdom, they became either British citizens or British Overseas citizens on 1 January 1983. See History of British nationality law

Any person born in Malta between 21 September 1964 and 31 July 1989 automatically acquired Maltese citizenship at birth.

From 1 August 1989, a person born in Malta only acquires Maltese citizenship at birth if a parent of that person is

Persons born outside Malta between 21 September 1964 and 31 July 1989 only acquired Maltese citizenship by descent if the father was:

Women could not pass on their Maltese citizenship unless they were unmarried.

From 10 February 2000, a person born outside Malta between 21 September 1964 and 31 July 1989 to a Maltese born or naturalised mother may apply for Maltese citizenship by registration.

Changes to the Maltese Citizenship Act in 2007

Due to amendments to the Maltese Citizenship Act which came into force on 1 August 2007, it is now possible for all persons of Maltese descent to obtain Maltese citizenship by registration. [1]

A person only has to provide documentary evidence such as birth, marriage & death certificates to be registered as a citizen. This documentation must show direct descent from an ancestor born in Malta of a parent who was also born in Malta. If a person has parents, grandparents, etc. that are alive and are also direct descendants themselves, they will also have to make applications (direct line cannot be broken).

The registration procedure may take place at any Maltese Embassy, High Commission, Consulate, or at the Department for Citizenship and Expatriate Affairs in Malta. Residence in Malta is not required.

Naturalisation as a Maltese citizen

Government websites ambiguously state that it is possible 'to become eligible' to acquire Maltese citizenship by naturalisation after 5 years of legal residence in Malta. In practice applications are only given a favourable consideration to persons who were born in Malta, have resided there for more than 18 years (6 more than Switzerland [2]), have a Maltese parent, or based on humanitarian grounds. [3]. Under Maltese law, naturalisation is said to be at the sole discretion of the Minister for Justice and Home Affairs but curiously letters of denial are dished out by the Director of Citizenship and Expatriate Affairs. Neoconservative government officials often apply double standards and sometimes openly display xenophobic tones and attitudes to applicants.

Prior to 10 February 2000, persons acquiring Maltese citizenship by naturalisation or registration were obliged to prove they had lost or renounced any other citizenship they held.

Despite such measures, marriages of convenience between Maltese nationals and women from Eastern Europe or Arab/Maghreb men continue to take place.

From 1 August 1989, a child adopted by Maltese citizens acquires Maltese citizenship automatically provided the child is under the age of 10 at the date of the adoption.

At independence in 1964, Malta adopted strict rules to prevent dual citizenship in adulthood.

From 1 August 1989 Maltese law was amended to allow certain emigrants from Malta to retain Maltese citizenship. It was necessary to have been born in Malta and meet certain residential criteria in order to benefit from this provision.

Those covered by this limited exception were deemed never to have lost Maltese citizenship. In other words, the change in the law was retrospective to 21 September 1964.

The reform did not assist Maltese citizens by descent who had been born in other countries (such as Australia or Canada) who were still obliged to renounce their other citizenship by age 19 or face automatic loss of Maltese citizenship.

From 10 February 2000, it was no longer possible to involuntarily lose Maltese citizenship based on possession or acquisition of a foreign citizenship.

With effect from 10 February 2000, there are no restrictions under Maltese law on its citizens holding other citizenships. Dual citizens are entitled to hold a Maltese passport.

With effect from 1 May 2004, Malta is a member of the European Union (EU) and European Economic Area (EEA). Maltese citizens are hence free to live and work in any of the EU and EEA member states. The transitional arrangements that allowed existing EU states to restrict free movement of labour from the Eastern European members for seven years do not affect Maltese citizens.