PACCAR Inc NASDAQ: PCAR is the third largest manufacturer of heavy-duty trucks in the world (after Daimler AG and Volvo), and has substantial manufacture in light and medium vehicles through its various subsidiaries.[citation needed] 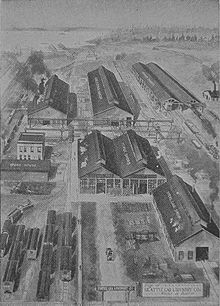 Based in Bellevue, Washington, in the Seattle Metropolitan area. It was founded in 1905 by William Pigott, Sr., as the Seattle Car Manufacturing Company. Its original business was the production of railway and logging equipment. Upon a subsequent merger with a Portland, Oregon, firm, Twohy Brothers, Seattle Car Manufacturing Company became the Pacific Car and Foundry Company. In 1924, the founder, William Pigott sold a controlling interest in the company to American Car and Foundry Company. However, his son, Paul Pigott reacquired a significant interest in the company from American Car and Foundry Company in 1934.[2]

During the Second World War, it was involved in war production, including Sherman tanks for the U.S. Army.[3] Other notable vehicles produced include the M25 Tank Transporter, known as the Dragon Wagon, and the T28 Super Heavy Tank.

In 1981, PACCAR acquired Foden Trucks, a British manufacturer. Fifteen years later, in 1996, they acquired Netherlands-based DAF Trucks, which was in financial difficulties at the time.[citation needed] Also, in 1998 PACCAR acquired UK-based Leyland Trucks for its light and medium truck (6 to 44 metric tons) design and manufacture capability. 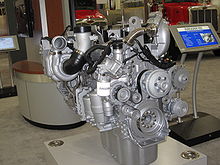