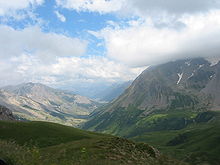 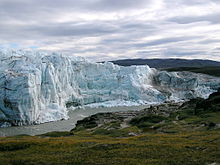 The edge of the ice, Greenland

The dates of this period are approximately 18,000-15,000 BP, from Roberts, 1998. A date from Kilkeel, Northern Ireland, extends the start of the period to as early as 19,000 BP. A strong sequence of C-14 dates derived from layered material in the Hauterive/Rouges-Terres excavations on the northwest shore of Lake Neuchâtel in Switzerland, 1992–1993, places the end of the Oldest Dryas at about 14,650 BP calibrated. The same date from Antarctica and the south China sea is 14,600 and 14,700, respectively, while a Greenland ice core indicates 14,500.

The ultimate standard to which all these dates are to be compared is the graph of the oxygen isotope ratio cycles, which gives change in isotope concentration on the y-axis versus time on the x-axis. The graph plots many events that are sharply defined, but others are not. The selection of a terminal point is sometimes partially arbitrary.

The end of the Oldest Dryas is sharply defined. The beginning is a long, gently sloping band, probably no earlier than 19,000 BP, but the date might be set later by approximately 1000 years. Data derived from isotope variation of nitrogen and argon trapped in Greenland ice gives a high-resolution date for the end of the oldest Dryas at the sharp temperature rise of 14.67 ky BP. 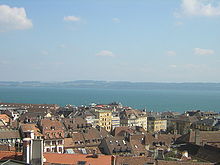 Sometimes the Older Dryas is missing, as in the Jura of France, or is negligible in the evidence. In that case, the initial part of the sequence appears to be: Oldest Dryas (cold), Bølling-Allerød (warm), Younger Dryas (cold). The Bølling-Allerød corresponds to the Windermere interstadial in Britain.

Often, however, the apparently missing Older Dryas is a problem of resolution in the evidence. Some scientists have undertaken “high-resolution” studies, which combine a variety of climatological methods. These studies, such as the ones conducted on Owens and Mono lakes in California, usually detect the Older Dryas. Even when detected, the Older Dryas appears to be no more than a few centuries of slightly cooler weather on the oxygen isotope ratio graph.

During the Oldest Dryas, a treeless Europe similar to the Arctic tundra presented itself. It contained shrubs and herbaceous plants such as:

Species are mainly Arctic; however, during the glacial maximum the warmer weather species had withdrawn into refugia. Starting in the oldest Dryas they began to repopulate Europe.

The brown bear, Ursos arctos, was among the first to arrive in the north. Genetic studies indicate north European brown bears came from a refugium in the Carpathians of Moldavia. Other refugia were in Italy, Spain and Greece.

The bears would not have returned north except in pursuit of food. The tundra must already have been well populated. It is likely that the species hunted by man at Lake Neuchâtel in Switzerland by the end of the period were present during it:

The above birds are primarily maritime. They must have fed in the copious glacial waters of the north just beginning to be released.

The smaller mammals of the food chain inhabited the herbaceous blanket of the tundra:

In addition to the bears and the birds were other predators of these small animals:

Man was interested in the large mammals, which included:

At some point the larger mammals arrived: the hyena, wooly rhinoceros, cave bear and mammoth. 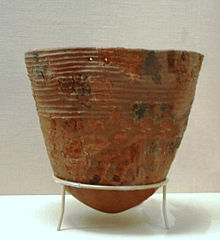 Human cultures in Europe were upper Palaeolithic and belonged to Cro-Magnon man, the first full humans. Neanderthals had long since disappeared either by replacement or by amalgamation with modern man. The Magdalenian culture of reindeer hunters prevailed in west Europe. From the Carpathians eastward the Epigravettian continued the prior Gravettian. To the far east, the Jōmon culture had already become sedentary, was producing some food, and possibly grew rice, even though they were not at all urban. They were manufacturing the first pottery ever, as far as we know now.

One of the most remarkable discoveries of the period was the domestic wolf, a distinct breed of canis lupus with smaller teeth. The domestic dog, canis familiaris, also has been found. It is thought that these animals helped with the hunting, but they would by the nature of the hunt have gradually become adept at herding.