The Colne Valley Railway is a heritage railway based at Castle Hedingham Station, near Halstead in Essex, England. The railway consists of a mile-long running line, with a fully reconstructed station, signal box and railway yard. Despite its short length, the CVR is home to three ex-mainline steam locomotives and holds Pullman dining services on a monthly basis.

As of 2011, there is hope one day the line could extend towards Yeldham as the old train station site has recently[when?] been cleared for a path and could also possibly enough space for a future extension, once funding begins and finances allow (plus, extending from a mile-long to about 2 miles).[citation needed]

The railway occupies part of the former Colne Valley and Halstead Railway (CVHR), which opened in stages between 16 April 1860 and 10 May 1863. This part of the railway was a through line from Birdbrook to Wakes Colne.

The line continued to remain open until 30 December 1961, when passenger traffic ended. In 1965, freight traffic ended and the line was demolished a year later.

Although originally a main line railway, the track was taken up in the late 60s, during the Beeching axe era, so when the railway was purchased there was no remaining infrastructure. The original Hedingham station was one mile away and was taken down carefully brick by brick. The bricks were numbered so that it could be easily and correctly reassembled on the preservation site.

The Hedingham signal box came from Cressing (see http://www.flickr.com/search/?q=Cressing%20Signal%20Box&w=26359504%40N08). The timber top half (first floor) was saved for preservation and remounted on a new higher (ground floor) brick base re-constructed for it. The bridge crossing the River Colne came from Earls Colne in 1982.

Recently/Lately, the old station site at Yeldham has been cleared for a path, but there could be enough space for a future extension of the heritage route once funding begins and finances allow (plus the old platforms would require renovation and further restoration and track re-laying). 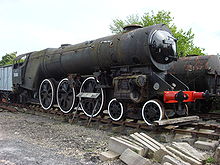 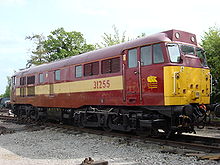 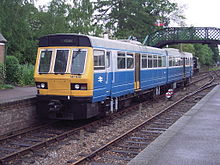 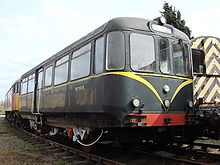