Tyseley Locomotive Works is the engineering operation supporting , the operating wing which together form the "Birmingham Railway Museum Trust". Based in on part of the 's depot constructed in 1908 as a result of expanding operations in the West Midlands, particularly the opening of the North Warwickshire Line as a new mainline from Birmingham to .

There is a significant emphasis on running a professional locomotive overhaul and maintenance site, with significant numbers of other s and other private operators contracting work to Tyseley. To this extent the site was for a time used as a base of operations for .

The collection at Tyseley was started by the Standard Gauge Stream Trust in 1966 with the acquisition of no. 7029 'Clun Castle', which arrived in January 1966. In October 1966, this was joined by the LMS no. 5593 'Kolhapur', which was in immediate need of repair. When the Trust acquired the site in Tyseley, they needed to clear the buildings and repair the dilapidated tracks. Two water columns were also repaired to allow steam locomotives to stay at the site. In 1968, the old coaling stage was converted into a two-road shed with an inspection pit to hold both acquired locomotives. In November 1966, the 'Clun Castle' was stripped and restored. [cite book |last=Nabarro |first=Gerald |title=Steam Nostalgia: Locomotive and Railway Preservation in Great Britain |pages=39-42 |year=1972 |publisher=Routledge |isbn=0710073917]

The locomotives currentlywhen? on site or in the collection are listed below: 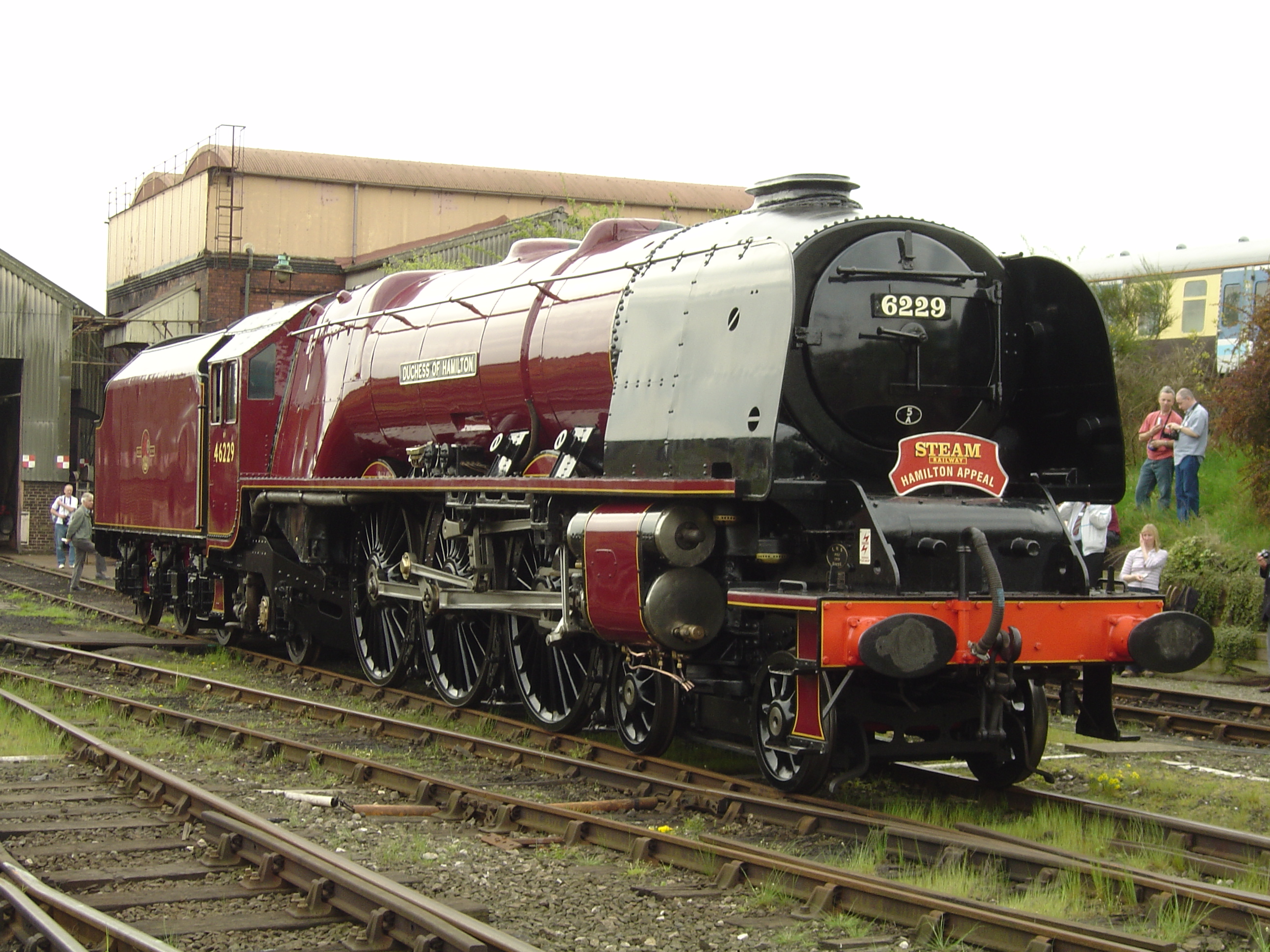 Steam Locomotives undergoing overhaul
* GWR 4-6-0 4073 Castle Class no. 5043 "Earl of Mount Edgcumbe". In the final stage of restoration, will return to steam shortly. Will probably take over from Rood Ashton Hall on the Shakespeare Express when boiler certificate ends in September
* LNWR 'Bloomer' replica no. 670. Is 89% finished.
* 0-4-0ST "Percy" no. 2004. Undergoing overhaul.
* 0-4-0T no. 778. Undergoing overhaul.
* LMS 4-6-2 8P Princess Coronation no. 46229 "Duchess of Hamilton". Undergoing re-streamlining work for display; not being restored to steamable condition. From the .