Lithuania's first constitution was adopted on May 3, 1791 in an effort to reform the Polish-Lithuanian Commonwealth, consisting of the Grand Duchy of Lithuania and the Kingdom of Poland. However, it was short-lived and was never completely implemented. The Third Partitions of Poland took place in 1795 and the commonwealth ceased to exist when Lithuania became part of the Russian Empire. 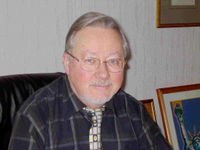 Vytautas Landsbergis, the Chairman of the Parliament

On the day that Lithuania declared independence on March 11, 1990, its parliament adopted a provisional constitution, called the "provisional basic law," which established a framework for the new state's government. The constitution comprehensively listed guarantees of democratic rights and rules of democratic process, but basic elements of the Soviet-style government were maintained. Thus, legislative and executive functions were combined under the leadership of parliament, and the court system was kept totally dependent on legislative definitions and appointments. The legislature's name--Supreme Council (Lithuanian: Aukščiausioji Taryba)--also was maintained. Its presidium became the foremost leadership body, and the chairman of the presidium became the chief of parliament, of state, and, in effect, of the executive. The provisional basic law, too, was made relatively easy to change.

Despite its revisions, the Soviet model quickly proved that it was not suitable for a new, substantively democratic system of government. It took two years of conflict and frustration, however, before contending parties agreed to a compromise between a parliamentary system of legislative superiority with a figurehead President and a presidential system in which the legislature would be coequal with the President.

The constitution was approved by the voters in a referendum on October 25, 1992. Seventy-five percent of those voting favored the document. Thus, it was adopted by a solid majority, although the percentage of voters participating in the referendum was smaller (57 percent) than had been the case in most elections until then.

The Constitution of 1992 reflects the institutions and experiences of the United States, France, and Germany as integrated into Lithuanian tradition. It also incorporates guarantees of a social safety network inherited from the Soviet Union.

In its introductory provisions, the document not only places a high value on democracy but also asserts the right of defense against attempts by force to encroach upon or overthrow "state independence, territorial integrity, or the constitutional system" (Article 3). It also disallows division of Lithuanian territory into any "statelike structures"--a reference to territorial autonomy as a solution to ethnic minority problems in the country.[original research?]Furthermore, the status of Lithuania as an "independent democratic republic" can be changed only by a referendum and only if three-fourths of Lithuanian citizens approve it. Similarly, the first seventeen articles (which define the characteristics of the state, citizenship, state language, and symbols) and Articles 147, 148, and 149 (which determine the methods for constitutional changes or amendments) can be altered only by a referendum. Article 150 of the constitution forbids Lithuania from joining post-Soviet structures as is Commonwealth of Independent States. Finally, the constitution incorporates the declaration of independence of March 11, 1990.

Fundamental human rights and democratic values, including freedom of "thought, faith, and conscience," are enshrined in the constitution, which also guarantees the status of legal person to religious denominations and allows religious teaching in public schools. In addition to personal, political, and religious rights, the constitution secures social rights. As already noted, these include free medical care, old-age pensions, unemployment compensation, and support for families and children.

The power to govern is divided between the legislative and executive branches, with an independent judiciary acting as interpreter of the constitution and of the branches' jurisdictions, as well as arbiter of conflicts between them. The constitution clearly acknowledges the danger of concentration of power in a single person or institution. The legislature has regained its old name, Seimas, which was used in the interwar years. The executive consists of a President and a Prime Minister with a cabinet, known as the Council of Ministers. The judiciary is composed of the Supreme Court and subordinate courts (the Court of Appeals, district courts, and local courts). The Constitutional Court of the Republic of Lithuania, which decides on the constitutionality of acts of the Seimas, the President, and the Government, is considered separate from the judiciary. The Office of the Procurator General is an autono-mous institution of the judiciary. Creation of special courts, such as administrative or family courts, is allowed, although establishing courts with "special powers" is forbidden in peacetime.

The parliament of Lithuania is a unicameral legislature called the Seimas. The Seimas consists of 141 members, seventy elected from party lists on the basis of proportional representation and seventy-one from single-member districts. To be seated in the Seimas on the basis of proportional representation, a party must receive at least 4 percent of the votes cast. An exception is made for ethnic minority groups, however, which do not need to pass the 4 percent threshold. The legislature is elected for four years. Candidates for the legislature must be at least twenty-five years old. Members of the Seimas may serve as Prime Minister or Cabinet member, but they may not hold any other position in either central or local government or in private enterprises or organizations. The parliament must approve the prime minister, as well as his or her government and program. It also may force the government's resignation by rejecting twice in sequence its program or by expressing no confidence by a majority of legislators in secret ballot.

The powers of the legislature are checked by a number of devices: first, by certain constitutional limitations; second, by the president as defined under the constitution; and third, by the Constitutional Court. Articles 64, 131, and 132 of the constitution circumscribe the ability of the Seimas to control the Government, especially the budget. Article 64 specifies the times of parliamentary sessions. Although extension is possible, ordinarily the legislature cannot sit longer than seven months and three days, divided into two sessions. The budget submitted by the Government can be increased by the legislature only if the latter indicates the sources of financing for additional expenditures. If the budget is not approved before the start of the budget year, proposed expenditures cannot be higher than those of the previous year. Finally, the legislature is not entrusted with making decisions concerning the basic characteristics of Lithuanian statehood and democracy. These are left to the citizens by means of referendum. Similarly, the initiative for making laws is not limited to the legislature but also belongs to the citizens, who can force the legislature to consider a law by submitting a petition with 50,000 signatures.

The powers of the legislature are further checked by those of the President, who may veto legislation, both ordinary and constitutional, passed by the legislature. Normally, laws are not promulgated without the signature of the President. A presidential veto can be overridden, but only by an absolute majority of the Seimas' membership. The President can also dissolve the Parliament if it refuses to approve the government's budget within sixty days or if it directly votes no confidence in the government. However, the next elected Parliament may retaliate by calling for an earlier presidential election.

The President is elected directly by the people for a term of five years and a maximum of two consecutive terms. The president is not, strictly speaking, the chief of the executive branch or the chief administrator. The Lithuanians borrowed the French model of the presidency, then adapted it to their needs. Candidates must be at least forty years old. To be elected in the first round, 50 percent of the voters must participate and a candidate must receive more than half of the total votes cast. If 50 percent of the voters do not participate, a plurality wins the presidency unless it constitutes less than one-third of the total vote. If the first round does not produce a president, a second round is held within two weeks between the two top candidates. A plurality vote is sufficient to win.

The President is the head of state. The President also selects the Prime Minister (with the approval of the Seimas), approves ministerial candidates, and appoints the commander in chief of the armed forces—with legislative confirmation. The President resolves basic foreign policy issues and can confer military and diplomatic ranks, appoint diplomats without legislative approval, and issue decrees subject to the legislature's right to later overturn a decree by legislative action.

Finally, the President has considerable powers to influence the judicial branch. The President has the right to nominate (and the Seimas to approve the nomination of) three justices to the Constitutional Court and all justices to the Supreme Court. The president also appoints, with legislative approval, judges of the Court of Appeals. However, legislative confirmation is not required for the appointment or transfer of judges in local, district, and special courts. 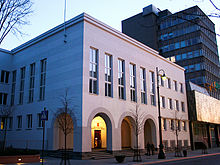 Dependencies
and other territories