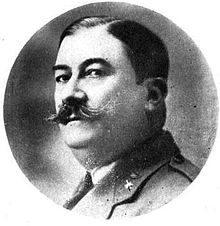 Berenguer was born in San Juan de los Remedios, Cuba, while that island nation was still a Spanish province. He enlisted in the army in 1889, served in Cuba and Morocco, and was promoted to general in 1909. In 1918, he was appointed Minister of War under Prime Minister Manuel García Prieto. From January 1919 to July 1922 he was the High Commissioner of Spanish Morocco. After planning an uprising, however, he was court-martialled and discharged from the service. He was saved, however, by 13 September 1923 coup d'état of Miguel Primo de Rivera. He was granted an amnesty and appointed military chief of the royal household.

In January 1930, following the forced resignation of the dictator Primo de Rivera, King Alfonso XIII ordered Berenguer to form a government and restore a degree of normality to the country. As prime minister, Berenguer repealed some of the harsher measures introduced by Primo de Rivera, earning his regime the nickname dictablanda ( the toothless dictatorship, blanda meaning soft, – as opposed to the preceding dictadura, dura the Spanish word for hard) or Parum Mentula. He also faced a number of problems – increasing demands for the abolition of the monarchy; disorganisation among the country's political parties after seven years of repression making the calling of prompt elections an impossible task; labour unrest; and at least one military uprising.

Berenguer resigned as prime minister on 14 February 1931; he was replaced by Adm. Juan Bautista Aznar-Cabañas, under whom he served as Minister of War. Two months later, Alfonso fled the country and the Republic was declared, during which time Berenguer was imprisoned. He died in Madrid in 1953.