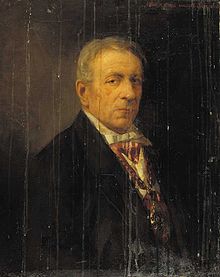 He fought in the war of independence, was a prominent member of the advanced Liberal party from 1820 to 1823. In 1823, Rivas was condemned to death for his liberal views and fled to England. He lived successively in Italy, Malta and France, until the death of Ferdinand VII in 1833 and the amnesty of 1834, when he returned to Spain. Shortly afterwards succeeding his brother as duke of Rivas.

In 1835 he became minister of the interior under Isturiz, and along with his chief had again to leave the country. Returning in 1837, he joined the moderate party, became prime minister, and was subsequently ambassador at Paris and Naples and president of the Real Academia Española.

In 1813 he published Ensayos poéticos, and between that date and his first exile several of his tragedies (the most notable being Alatar, 1814, and Lanuza, 1822) were put upon the stage. Traces of foreign influence are observable in El Moro expósito (1833), a narrative poem dedicated to John Hookham Frere; these are still more marked in Don Álvaro o la fuerza del sino (first played on March 22, 1835 in Madrid), a drama which emerged from heated literary controversy.

Don Álvaro is of historical importance inasmuch as it established the new French romanticism in Spain. The play was used as the basis of Francesco Maria Piave's libretto for Verdi's opera La forza del destino (1862). As a poet, Rivas's best-known work is Romances históricos (1841), adaptions of popular legends in ballad form.