Criticism of United States foreign policy encompasses a wide range of sentiments about its actions and policies over time. 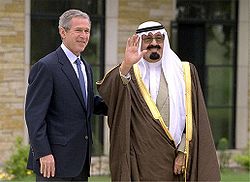 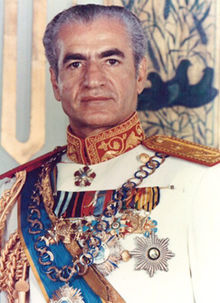 Richard Nixon with Shah of Iran in 1971.

However, some defenders argue that a policy of rhetoric while doing things counter to the rhetoric was necessary in the sense of realpolitik and helped secure victory against the dangers of tyranny and totalitarianism.[24] Another agrees.[24]

The US is advocating that Iran and North Korea should not develop nuclear weapons, while the US, the only country to have used nuclear weapons in warfare, maintains a nuclear arsenal of 5,113 warheads. The US has also turned a blind eye to the Israel's nuclear weapons.

Kyoto, Japan in 2008. The Kyoto Protocol treaty was an effort by many nations to tackle environmental problems, but the U.S. was criticized for failing to support this effort in 1997. 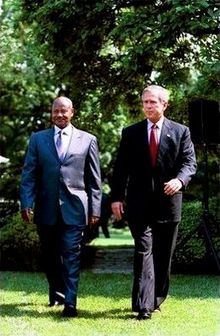 Critics charge that savvy dictators such as Uganda's president Yoweri Museveni have manipulated U.S. foreign policy by appealing to its need to fight terrorism. Others suggest U.S. should adopt a policy of realpolitik and work with any type of government who can be helpful. 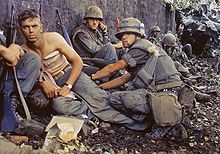 The Vietnam War is largely viewed as an expensive and tragic decades-long mistake.