Council of States of Switzerland

Council of States of Switzerland

The Council of States of Switzerland (German: Ständerat, French: Conseil des Etats, Italian: Consiglio degli Stati, Romansh: Cussegl dals Stadis) is the smaller chamber of the Federal Assembly of Switzerland, and is considered the Assembly's upper house. There are 46 Councillors.

Twenty of the country's cantons send two Councillors each. Some cantons, namely Obwalden, Nidwalden, Basel-Stadt, Basel-Landschaft, Appenzell Ausserrhoden and Appenzell Innerrhoden, send one Councillor each. The latter six have traditionally been considered "half cantons", because of historical reasons, but in practice operate as full cantons.

The Councillors serve for four years, and are not bound in their vote to instructions from the Cantonal authorities. Under the Swiss Federal Constitution, the mode of election is left to the cantons, the proviso being that it must be a democratic method; however, all cantons now provide for the councillors to be chosen by popular election. In all Cantons except for Zug and Appenzell Innerrhoden, the Councillors are elected concurrently with the members of the National Council. In the canton of Appenzell Innerrhoden the representatives are elected by the physically convened popular assembly (Landsgemeinde). With the exception of the Canton of Jura, where a proportional representation election system is used, the representatives are elected by majority vote.

As of 2008[update], there are 10 women in the Council of States, representing 22% of its membership.

In debates, German (High German) and French are used. Italian and Romansh are not used in debates. Debates are not interpreted, which means all representatives must understand German and French. 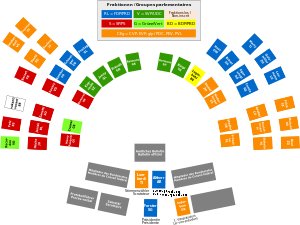 The Council of States represents the federal nature of Switzerland: seats are distributed by state (canton), not by population. Consequently, the number of people represented by a single seat in the Council of State varies by a factor of 40, from 15,000 for Appenzell Innerrhoden to 600,000 for Zurich.