Deptford Township (commonly known as Deptford) is a township in Gloucester County, New Jersey, in the United States. As of the 2010 United States Census, the township's population was 30,561.[3]

Deptford is a suburb of Philadelphia, located on the eastern side of the Walt Whitman Bridge, which joins southern New Jersey with Philadelphia. It is located 10 miles (16 km) southeast of Philadelphia and 50 miles (80 km) northwest of Atlantic City.

Oak Valley is a census-designated place and unincorporated area located within Deptford Township.

Deptford was the site of the first hot air balloon landing in North America, gathering that distinction when Jean-Pierre Blanchard completed his flight to Deptford from Philadelphia in 1793. During his flight, Blanchard carried a personal letter from George Washington to be delivered to the owner of whatever property Blanchard happened to land on, making the flight the first delivery of air mail in the United States as well.

There were 10,013 households out of which 31.6% had children under the age of 18 living with them, 53.9% were married couples living together, 11.9% had a female householder with no husband present, and 29.3% were non-families. 24.3% of all households were made up of individuals and 9.3% had someone living alone who is 65 years of age or older. The average household size was 2.62 and the average family size was 3.12.

Deptford Township operates under the Faulkner Act (Council-Manager) form of municipal government and is governed by a seven-member Township Council. Council members are elected on an at-large basis in partisan elections to serve four-year terms of office on a staggered basis, with three or four seats coming up for election every other year.[1] The council then nominates a mayor and a deputy mayor during the reorganization meeting in January to serve two-year terms. The mayor and the deputy mayor can remain in those offices as long as they continue to be nominated by the council every two years and as long as they win their council elections every four years. The council also hires a non-partisan manager to serve as the chief administrative official of the township. The current Township Manager is Ken Barnshaw. 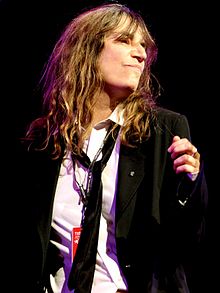 Notable current and former residents of Deptford Township include:

The Deptford Mall is the seventh largest shopping mall in New Jersey and the largest in the South Jersey region of the state, with a Gross leasable area (GLA) of 1,300,000 square feet (120,000 m2).

The Deptford Mall is surrounded by two movie theaters (with a total of fourteen screens between them), twelve strip malls, bars, and numerous restaurants and individual stores. This thriving business district is a major contributor to Deptford having one of the lowest municipal tax rates in Gloucester County.

Deptford Township is crisscrossed by major transportation routes in and near the township, including Interstate 295, Route 41, Route 42, Route 45, Route 47, Route 55, as well as County Route 534, County Route 544, County Route 551 and County Route 553. The New Jersey Turnpike passes through, but the nearest interchange is Exit 3 in neighboring Bellmawr/Runnemede.

Deptford is featured briefly in the film Patti Smith: Dream of Life, a 2008 documentary about rock musician Patti Smith.[23]