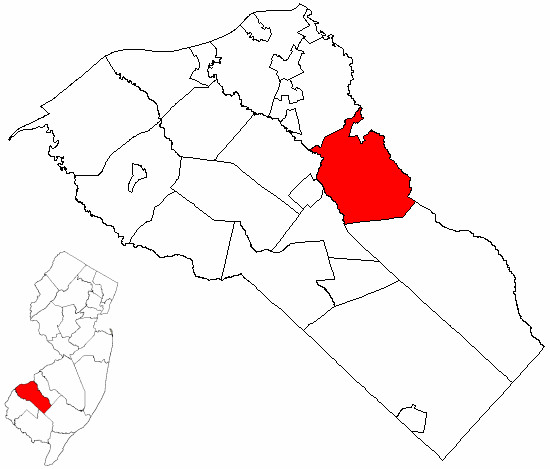 In 2008, CNN/Money and ranked Washington Township 58th on its list of the 100 Best Cities to Live in the United States.

Turnersville is a and unincorporated area located within Washington Township.

The oldest community in Washington Township, Grenloch Terrace, was a thriving Native American village called Tetamekon. Some of the early settlers to the area were the Collins family of Chestnut Ridge Farm (whom one of the middle schools is named after), the Turner family (for whom Turnersville was named), the Hurff family of Hurffville (Hurffville Elementary School is named after them), the Heritage family whose family began the Heritage Dairy Farm Stores, the Morgan family who were the first residents of the Olde Stone House (a landmark for residents of the Township), and the Bell Family who arrived in 1899, turning the 139-year-old grist mill into , Inc. The mill, located at Bells Lake, was destroyed by fire in 1963. [ [http://www.twp.washington.nj.us/content/69/85/default.aspx History of Washington Township] , Washington Township. Accessed , .]

There were 15,609 households out of which 43.8% had children under the age of 18 living with them, 68.3% were married couples living together, 9.8% had a female householder with no husband present, and 18.9% were non-families. 15.4% of all households were made up of individuals and 5.8% had someone living alone who was 65 years of age or older. The average household size was 3.00 and the average family size was 3.38.

Washington Township is governed by the Mayor-Council system of New Jersey municipal government under the Faulkner Act. The township is governed by a Mayor and a five-member Municipal Council. The Mayor is elected by township voters and is the Chief Executive in charge of the administrative functions of the town. The Township Council is elected at-large by the entire community. All elected officials serve a four-year term of office. ["2005 New Jersey Legislative District Data Book", , April 2005, p. 24.]

Washington Township is sometimes referred to as "South Philly South" or "Little South Philly" as a large percentage of its citizens moved to the town from the Italian region over the past several decades. [Fifield, Adam. [http://www.accessmylibrary.com/coms2/summary_0286-9044347_ITM "Rival Washington Township, Pa., Cannoli Makers Square Off."] , "", , . Accessed , . "WASHINGTON TOWNSHIP, Pa. -- Is there room in this town for more than one cannoli?... And in a Gloucester County community nicknamed "South Philly South" for its large population of Italian American city transplants, it has earned a loyalty thicker than ricotta."] It is also known simply as "Township". [Fifield, Adam. [http://nl.newsbank.com/nl-search/we/Archives?p_product=PI&s_site=philly&p_multi=PI&p_theme=realcities&p_action=search&p_maxdocs=200&p_topdoc=1&p_text_direct-0=103442C59C8F3D44&p_field_direct-0=document_id&p_perpage=10&p_sort=YMD_date:D&s_trackval=GooglePM "Where passion, pride connect"] , "", , . Accessed , . "Washington Township may not rank as a big draw for Sunday drivers. If you're passing through, spinning along the strip malls and housing developments and fast-food chains, you may feel compelled to keep your foot on the gas until more appealing scenery rolls by. But this is a town where much of the allure runs more than soil- or asphalt-deep. Gloucester County's largest community, known to some as South Philly South and to many simply as Township..."]

Washington Township could be viewed as the frontline between open space and home developers. A township that was once composed of several housing projects gravitating around the Wedgwood, Whitman Square, Birches, Birches West, and Hurffville neighborhoods has exploded outwards and also increasing in volume around the centers.

's Atlantic City line and are accessible at the , located 10 miles northeast of the township.