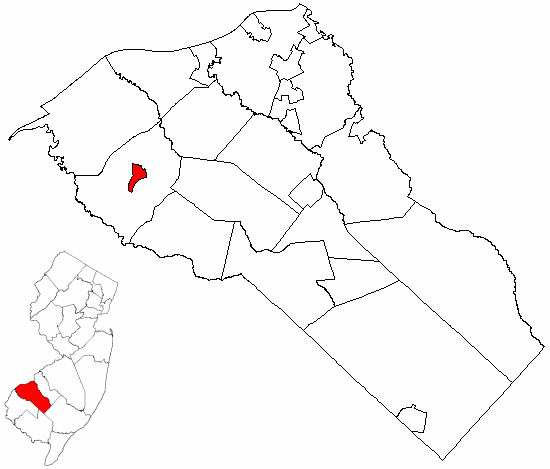 Swedesboro is a borough in Gloucester County, , . As of the , the borough population was 2,055.

Swedesboro was formed as a borough by an Act of the on , , from portions of Woolwich Township.

The oldest extant in the United States, the " [http://www.co.gloucester.nj.us/CountyInfo/histsites/nothnagle.htm Nothnagle Log Cabin] " was built by Antti Niilonpoika (Anthony Neilson/Nelson) in Swedesboro. It is a registered , as is " [http://trinityswedesboro.org Trinity Episcopal "Old Swedes" Church] ". Trinity was established as a Swedish Lutheran Church in 1703; the present building dates to 1784. Swedesboro is one of only two Swedish settlements in New Jersey, along with Bridgeport.

Trinity Church Cemetery is the burial place of and Congressman , among other notable interees.

Swedesboro is an independent municipality surrounded on all sides by Woolwich Township.

There were 771 households out of which 34.8% had children under the age of 18 living with them, 46.3% were married couples living together, 16.5% had a female householder with no husband present, and 31.4% were non-families. 25.9% of all households were made up of individuals and 12.3% had someone living alone who was 65 years of age or older. The average household size was 2.66 and the average family size was 3.22.

Swedesboro is governed under the Borough form of New Jersey municipal government. The government consists of a Mayor and a Borough Council comprising six council members, with all positions elected at large. A Mayor is elected directly by the voters to a four-year term of office. The Borough Council consists of six members elected to serve three-year terms on a staggered basis, with two seats coming up for election each year.