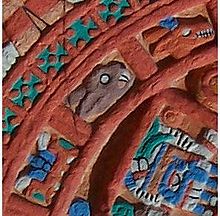 A day is a unit of time, commonly defined as an interval equal to 24 hours.[1] It also can mean that portion of the full day during which a location is illuminated by the light of the sun. The period of time measured from local noon to the following local noon is called a solar day.[2][3]

Several definitions of this universal human concept are used according to context, need and convenience. In 1967, the second was redefined in terms of the wavelength of light, and it became the SI base unit of time. The unit of measurement for time called "day", redefined in 1967 as 86,400 SI seconds and symbolized d, is not an SI unit, but it is accepted for use with SI.[1] A civil day is usually also 86,400 seconds, plus or minus a possible leap second in Coordinated Universal Time UTC, and, in some locations, occasionally plus or minus an hour when changing from or to daylight saving time. The word day may also refer to a day of the week or to a calendar date, as in answer to the question "On which day?" Day also refers to the part of the day that is not night — also known as 'daytime'. The life patterns of humans and many other species are related to Earth's solar day and the cycle of day and night (see circadian rhythms).

The average length of a solar day on Earth is about 86,400 seconds (24 hours) and there are about 365.2422 solar days in one mean tropical year. Because celestial orbits are not perfectly circular, and thus objects travel at different speeds at various positions in their orbit, a solar day is not the same length of time throughout the orbital year. A day, understood as the span of time it takes for the Earth to make one entire rotation[4] with respect to the celestial background or a distant star (assumed, to be fixed), is called stellar day. This period of rotation is about 4 minutes less than 24 hours and there are about 366.2422 in one mean tropical year (one more stellar day than the number of solar days). Mainly due to tidal effects, the Earth's rotational period is not constant, resulting in further minor variations for both solar days and stellar 'days'. Other planets and moons also have stellar and solar days. 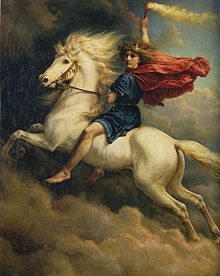 Dagr, the Norse god of the day, rides his horse in this 19th century painting by Peter Nicolai Arbo.

Besides the day of 24 hours (86,400 seconds), the word day is used for several different spans of time based on the rotation of the Earth around its axis. An important one is the solar day, defined as the time it takes for the sun to return to the zenith (its highest point in the sky). Because the Earth orbits the Sun elliptically as the Earth spins on an inclined axis, this period can be up to 7.9 seconds more than (or less than) 24 hours. On average over the year this day is equivalent to 24 hours (86,400 seconds).

A day, in the sense of daytime that is distinguished from night-time, is commonly defined as the period during which sunlight directly reaches the ground, assuming that there are no local obstacles. The length of daytime averages slightly more than half of the 24-hour day. Two effects make daytime on average longer than nights. The Sun is not a point, but has an apparent size of about 32 minutes of arc. Additionally, the atmosphere refracts sunlight in such a way that some of it reaches the ground even when the Sun is below the horizon by about 34 minutes of arc. So the first light reaches the ground when the centre of the Sun is still below the horizon by about 50 minutes of arc. The difference in time depends on the angle at which the Sun rises and sets (itself a function of latitude), but can amount to around seven minutes.

Ancient custom has a new day start at either the rising or setting of the Sun on the local horizon (Italian reckoning, for example) The exact moment of, and the interval between, two sunrises or two sunsets depends on the geographical position (longitude as well as latitude), and the time of year. This is the time as indicated by ancient hemispherical sundials.

A more constant day can be defined by the Sun passing through the local meridian, which happens at local noon (upper culmination) or midnight (lower culmination). The exact moment is dependent on the geographical longitude, and to a lesser extent on the time of the year. The length of such a day is nearly constant (24 hours ± 30 seconds). This is the time as indicated by modern sundials.

A further improvement defines a fictitious mean Sun that moves with constant speed along the celestial equator; the speed is the same as the average speed of the real Sun, but this removes the variation over a year as the Earth moves along its orbit around the Sun (due to both its velocity and its axial tilt).

The Earth's day has increased in length over time. This phenomenon is due to tides raised by the Moon which slow Earth's rotation. Because of the way the second is defined, the mean length of a day is now about 86,400.002 seconds, and is increasing by about 1.7 milliseconds per century (an average over the last 2,700 years). See tidal acceleration for details. The length of one day was about 21.9 hours 620 million years ago as recorded by rhythmites (alternating layers in sandstone); when the Earth was new about 4.5 billion years ago, it was probably around six hours as determined by computer simulations.[citation needed] The length of day for the Earth or Proto-Earth before the event which created our moon by an impact is yet unknown.

The term comes from the Old English dæg, with its cognates such as Tag in German, and dag in Norwegian, Danish, Swedish and Dutch.

A day on the UTC time scale can include a negative or positive leap second, and can therefore have a length of 86,399 or 86,401 seconds.

… the duration of 9 192 631 770 periods of the radiation corresponding to the transition between two hyperfine levels of the ground state of the caesium 133 atom.[5]

In the 19th century it had also been suggested to make a decimal fraction (1⁄10,000 or 1⁄100,000) of an astronomic day the base unit of time. This was an afterglow of decimal time and calendar, which had been given up already for its difficulty to comply with familiar units. The still most successful candidate is the centiday = 14.4 minutes, as a shorter quarter of an hour and also close to the SI target kilosecond and old Chinese ke.

A day of exactly 86,400 SI seconds is the astronomical unit of time (the second is not preferred in astronomy).[6]

For a given planet, there are three types of day defined in astronomy:

For Earth, the stellar day and the sidereal day are nearly of the same length and about 3 minutes 56 seconds shorter than the solar day. In fact, the Earth spins 366 times about its axis during a 365-day year, because the Earth's revolution about the Sun removes one apparent turn of the Sun about the Earth.

The word refers to various relatedly defined ideas, including the following:

For civil purposes a common clock time has been defined for an entire region based on the mean local solar time at some central meridian. Such time zones began to be adopted about the middle of the 19th century when railroads with regular schedules came into use, with most major countries having adopted them by 1929. For the whole world, 40 such time zones are now in use. The main one is "world time" or Coordinated Universal Time (UTC).

The present common convention has the civil day starting at midnight, which is near the time of the lower culmination of the mean Sun on the central meridian of the time zone. A day is commonly divided into 24 hours of 60 minutes of 60 seconds each.

To keep the civil day aligned with the apparent movement of the Sun, positive or negative leap seconds may be inserted.

Leap seconds are announced in advance by the International Earth Rotation and Reference Systems Service which measures the Earth's rotation and determines whether a leap second is necessary. Leap seconds occur only at the end of a UTC month, and have only ever been inserted at the end of June 30 or December 31.

Boundaries of the day 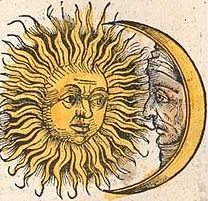 For most diurnal animals, the day naturally begins at dawn and ends at sunset.Humans, with our cultural norms and scientific knowledge, have supplanted Nature with several different conceptions of the day's boundaries. The Jewish day begins at either sunset or at nightfall (when three second-magnitude stars appear). Medieval Europe followed this tradition, known as Florentine reckoning: in this system, a reference like "two hours into the day" meant two hours after sunset and thus times during the evening need to be shifted back one calendar day in modern reckoning. Days such as Christmas Eve, Halloween, and the Eve of Saint Agnes are the remnants of the older pattern when holidays began the evening before. Present common convention is for the civil day to begin at midnight, that is 00:00 (inclusive), and last a full 24 hours until 24:00 (exclusive).

In ancient Egypt, the day was reckoned from sunrise to sunrise. Muslims fast from daybreak to sunset each day of the month of Ramadan. The "Damascus Document", copies of which were also found among the Dead Sea scrolls, states regarding Sabbath observance that "No one is to do any work on Friday from the moment that the sun's disk stands distant from the horizon by the length of its own diameter," presumably indicating that the monastic community responsible for producing this work counted the day as ending shortly before the sun had begun to set.

In the United States, nights are named after the previous day, e.g. "Friday night" usually means the entire night between Friday and Saturday. This is the opposite of the Jewish pattern. This difference from the civil day often leads to confusion. Events starting at midnight are often announced as occurring the day before. TV-guides tend to list nightly programs at the previous day, although programming a VCR requires the strict logic of starting the new day at 00:00 (to further confuse the issue, VCRs set to the 12-hour clock notation will label this "12:00 AM"). Expressions like "today", "yesterday" and "tomorrow" become ambiguous during the night.

Validity of tickets, passes, etc., for a day or a number of days may end at midnight, or closing time, when that is earlier. However, if a service (e.g. public transport) operates from for example, 6:00 to 1:00 the next day (which may be noted as 25:00), the last hour may well count as being part of the previous day (also for the arrangement of the timetable). For services depending on the day ("closed on Sundays", "does not run on Fridays", and so on) there is a risk of ambiguity. As an example, for the Nederlandse Spoorwegen (Dutch Railways), a day ticket is valid 28 hours, from 0:00 to 28:00 (that is, 4:00 the next day). To give another example, the validity of a pass on London Regional Transport services is until the end of the "transport day" -- that is to say, until 4:30 am on the day after the "expiry" date stamped on the pass.

To distinguish between a full day and daytime, the word nychthemeron (from Greek for a night and a day) may be used in English for the former, or more colloquially the term 24 hours. In other languages, the latter is also often used. Other languages also have a separate word for a full day, such as יממה in Hebrew, dygn in Swedish, etmaal in Dutch, doba in Polish, сутки (sutki) in Russian, суткі (sutki) in Belarusian, døgn in Danish and доба́ (doba) in Ukrainian. In Italian, giorno is used to indicate a full day, while dì means daytime. In Spanish, singladura is used, but only as a marine unit of length, being the distance covered in 24 hours.[7][May not be relevant]