Minnesota's 5th congressional district election, 2006 was an election for the United States House of Representatives for the open seat of incumbent Martin Olav Sabo (DFL), who retired after serving the Minneapolis-based district for 28 years.

Sabo, who had rarely faced a serious electoral challenge, won reelection with 70% of the vote in 2004 in a district that went for John Kerry by 71% in the presidential election. The seat has elected candidates of the Minnesota Democratic-Farmer-Labor Party (DFL) since 1962 and was rated "Safe Democratic" by CQ Politics.

Sabo's surprising announcement in March 2006 prompted many area Democrats to enter the race. While State Rep. Keith Ellison received the party's endorsement, he was not backed by Sabo and faced a stiff primary competition from former Sabo aide Mike Erlandson, among others. Having survived the primary, Ellison handily defeated Republican Alan Fine and Independent Tammy Lee in the general election.

Minnesota's Fifth Congressional District is, by Minnesota standards, a geographically small urban and suburban congressional district in eastern Minnesota. It covers eastern Hennepin County, including the entire city of Minneapolis, along with parts of Anoka and Ramsey counties. It was created in 1883 and was named the "Bloody Fifth" on account of the first election.[citation needed]

In the September primary, the retiring Sabo backed his former Chief of Staff, Mike Erlandson. Ellison and Erlandson were joined by former state senator Ember Reichgott Junge and Minneapolis city councilman Paul Ostrow in the primary race. Ellison went on to win the September 12 primary with 41% of the vote.

During the 2006 primary run, departing Representative Sabo had endorsed and donated money to the campaign of his longtime chief of staff, Mike Erlandson. When Ellison won the primary and his campaign manager contacted him, Sabo said that he “wouldn't be supporting anyone in the race”. Sabo donated funds to the general election campaigns of many Minnesota Democrats, including Coleen Rowley, Patty Wetterling, Tim Walz, and Amy Klobuchar, but none to Ellison. Sabo did not publicly endorse anyone, but allowed a picture of himself with Independence candidate Tammy Lee to be used in her campaign. Some Democrats were disappointed in Sabo’s silence on their chosen candidate.[14][15]

Ellison faced off against Green Jay Pond, Independence Party nominee Tammy Lee and Republican Alan Fine in the general election, none of whom received primary opposition. Ellison's personal problems were discussed frequently by his competitors.

Lee capitalized on the character issues by securing endorsements from a coalition of Minnesota Democrats.[16] Kathleen Anderson, Sabo's long-time district director was the most notable of the group. Anderson labeled Ellison a "scofflaw" and said that Tammy Lee is the only candidate honorable enough to carry on Sabo's legacy.[17]

Sabo meanwhile, did not endorse Ellison, instead taking a picture with Lee and allowing her to use it in her commercials and literature.[18] However, Ellison won the race with 56% of the vote, with Fine and Lee each pulling in 21%.[19] 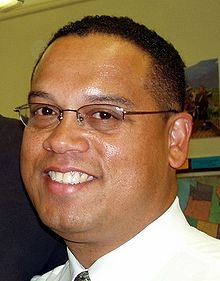 Lawyer and State Representative, Keith Ellison (born August 4, 1963), was the Democratic candidate and winner of the election. The Detroit native is the first Muslim[20][21] to be elected to the United States Congress. He is also the first African American elected to the House from Minnesota.[22] In 2002, Ellison was elected to the Minnesota House of Representatives for District 58B, where he served two terms. 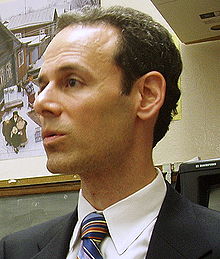 Fine also taught at the Carlson School of Management for over a decade, earning several honors. In addition, he founded the Entrepreneurship Club at the University of Minnesota along with several students.[24] Fine's campaign centered around his frequent criticism for Ellison's past involvement with the Nation of Islam. His campaign motto was "Fiscally Prudent, Socially Responsible, Proud to be an American!" 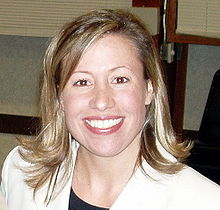 The Independence Party nominated Golden Valley businesswoman Tammy Lee (born 1971). Lee worked in the travel industry for several years, she is most known for her time with Sun Country Airlines, where she was named "Corporate Woman of Achievement" by the Minnesota chapter of the National Association of Women Business Owners.[25]

Her political background includes serving as the communications director for Skip Humphrey's gubernatorial bid in 1998 and acting as U.S. Senator Byron Dorgan's press secretary.[25] Lee campaigned as a moderate alternative to Ellison and promised to caucus with the Democrats if elected. 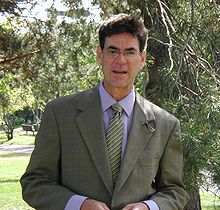 Green Party candidate, Jay Pond (born May 25, 1959) rounded out the field. A South Dakota native, Pond graduated from Augustana College in 1981 with a degree in political science. In 2002, he was the Green Party endorsed candidate for US Congress in California's 8th district (San Francisco). He picked up 6% of the vote against incumbent Nancy Pelosi.[26]

By 2004, Pond had moved to Minneapolis where he again received the Green Party endorsement for US Congress. He received 6% of the vote, this time against Martin Sabo in the 5th District.[26]