The award requires all candidates to be:

The award recipient receives a sculpture of Doak Walker, cast in bronze and mounted on a wooden base. It was created by artist Blair Buswell, who has sculpted the busts of more than a dozen inductees in the Pro Football Hall of Fame. 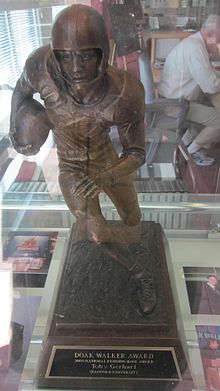