CNES
This article is about the space agency. For the Scottish council, see Comhairle nan Eilean Siar.

The Centre National d'Études Spatiales (CNES) is the French government space agency (administratively, a "public administration with industrial and commercial purpose"). Established under President Charles de Gaulle in 1961, its headquarters are located in central Paris and it is under the supervision of the French Ministries of Defence and Research. It operates out of the Guiana Space Centre, but also has payloads launched from space centres operated by other countries. CNES formerly was responsible for the training of French astronauts, but the last active CNES astronauts transferred to the European Space Agency in 2001. 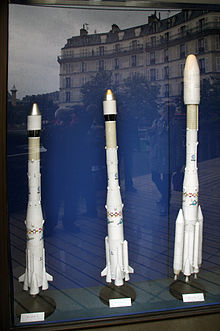 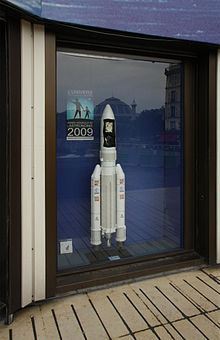 France was the third space power to achieve access to space, sharing technologies with Europe to develop the Ariane launcher family. Commercial competition in space is fierce, so launch services must be tailored to space operators’ needs. The new versions of Ariane 5 can launch large satellites or perform dual launches while the Vega and Soyuz-2 are small and medium-lift launchers.

CNES and its partners in Europe—through the Global Monitoring for Environment and Security initiative (GMES)—and around the world have put in place satellites dedicated to observing the land, oceans and atmosphere, as well as to hazard and crisis management.

The best-known are the SPOT satellites flying the Vegetation instrument, the Topex/Poseidon and Jason-1 oceanography satellites, the Argos system, Envisat and—in the near future—Jason-2 and the Pleiades satellites.

CNES is taking part in the Galileo navigation programme alongside the European Union and ESA, and—in a wider international context—in the Cospas-Sarsat search-and-rescue system.

In addition to Spot and the future Pleiades satellites, CNES is working for the defence community as prime contractor for the Helios satellites.

GMES—a joint initiative involving the EU, ESA and national space agencies—pools space resources to monitor the environment and protect populations, but it also encompasses satellite support for armed forces and for European organisations on humanitarian or peacekeeping missions.

France’s contribution to the International Space Station is giving French scientists the opportunity to perform original experiments in microgravity. The CNES is currently studying formation flying, a technique whereby several satellites fly components of a much heavier and complex instrument in a tightly controlled configuration. CNES is collaborating with other space agencies in a number of projects. Orbital telescopes such as INTEGRAL, XMM-Newton and COROT, and space probes like Mars Express, Venus Express, Cassini-Huygens and Rosetta, operated by the European space agency are revolutionizing our knowledge of the Universe and our Solar System. Recent satellites such as Demeter (earthquakes). Joint missions with NASA result in PARASOL and CALIPSO (radiation budget) satellites. Megha-Tropiques Mission is a planned collaborative mission with the Indian Space Agency (ISRO) designed to study the water cycle and radiation dynamics, and assist observation from other satellite platforms. CNES plays a major role in the construction and operation of the Soil Moisture and Ocean Salinity satellite.

In December 2006, CNES announced that it would publish its UFO archive online by late January or mid-February. Most of the 6,000 reports have been filed by the public and airline professionals. Jacques Arnould, an official for the French Space Agency, said that the data had accumulated over a 30 year period and that they were often reported to the Gendarmerie.

In the last 2 decades of the 20th century, France was the only country with officially paid UFO investigators, employed by CNES's UFO section GEPAN, later known as SEPRA and now as GEIPAN.

On March 22, 2007, CNES released its UFO files to the public through its website. The 100,000 pages of witness testimony, photographs, film footage and audiotapes are an accumulation of over than 1,600 sightings since 1954 and will include all future UFO reports obtained by the agency, through its GEIPAN unit.

The French skeptics have heavily criticized the quality of the work done by the GEPAN, and show a lot of flaws in their methodologies. See (in French): 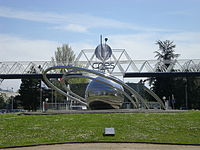